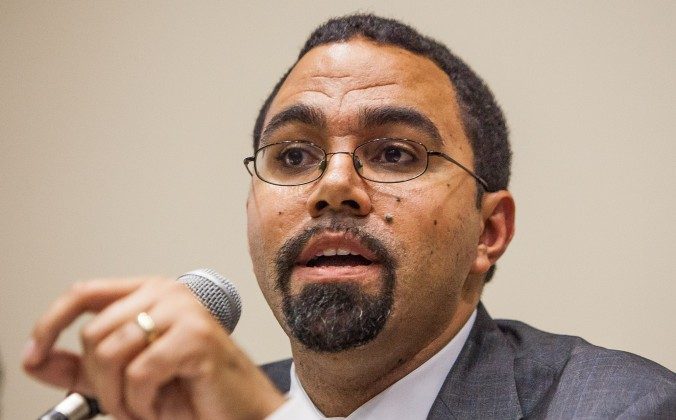 In his Tuesday testimony before the Joint Budget Hearing, King was pressed into estimating the cost of statewide full-day pre-K. He put the figure at $1.6 billion, while Governor Andrew Cuomo proposed an annual budget of $100 million scaling up to $500 million over the next five years.

De Blasio already said the Governor’s proposal is inadequate and insisted on his plan to marginally raise the income tax for wealthiest New Yorkers. De Blasio’s plan would raise $340 million for the city’s pre-K, something Cuomo doesn’t seem to favor in an election year.

King later issued a statement backing out of the argument, saying the Governor’s plan takes into account that “capacity needs to be built over time”.

“It’s not possible to provide full-day pre-K for every student in September,” the statement reads. “We’ve got to create the classroom space, identify the teachers, and ensure that programs are of the highest quality possible. The path to quality universal pre-K will take a few years, but it’s the right thing to do.”

City’s Education Chancellor Carmen Farina also testified on Tuesday, backing up de Blasio with a promise of 70,000 full-day pre-K seats this September, if the state legislature allows the tax rise.