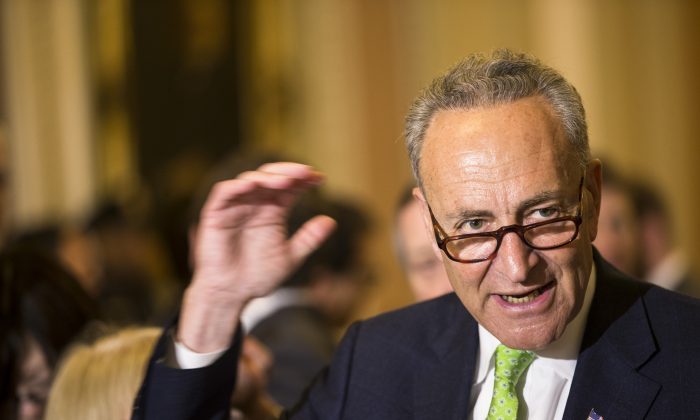 He planned a news conference Sunday to warn travelers that a 20 percent reduction would force them to pay more for check-in fees or spend money on new luggage.

We want to blow the whistle on this before it happens.
— Chuck Schumer, senator (D-N.Y.)

The Democratic senator said it’s just another way for airlines to make money at the expense of travelers.

“We want to blow the whistle on this before it happens,” Schumer told The Associated Press. “Enough already! They charge a fee for peanuts, for leg room, for just about anything.”

In many cases, it costs $25 to check each piece of luggage.

Schumer says customers deserve a break, especially since airline profits are expected to soar this year.

The current maximum carry-on size, depending on the airline, ranges from a length of 22 inches to 24 inches, a width of about 14 to 18 inches, and a depth of 9 to 16 inches.

The trade association for the industry—the International Air Transport Association—wants to standardize the permitted carry-on size to 21.5 inches by 13.5 inches and a depth of 7.5 inches.

The association says the smaller size is ideal for storage space and would avert the problem that travelers commonly face when a plane cabin runs out of storage space by the time all the passengers board.

Schumer said he expects U.S. airliners to decide whether or not to make the size change in the next few months.

“Luggage companies have made carry-on bags and now, all of a sudden, millions of them won’t fit,” the senator warned.