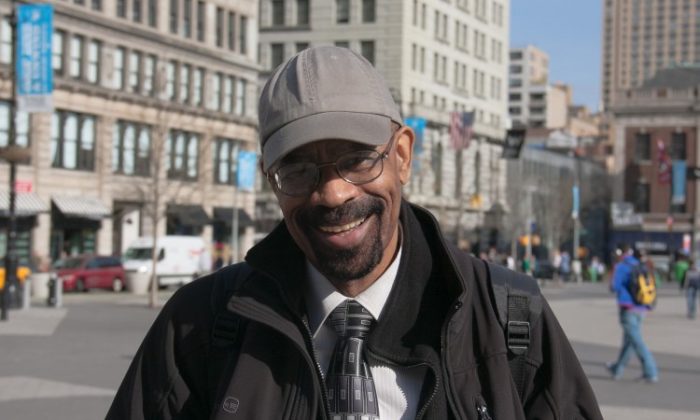 NY Q&A: Would You Lease Your Land for Fracking?

NEW YORK–Hydrofracking, also known as fracking, is the controversial method of extracting natural gas from shale and has become a hot topic in New York. While some people decry the dangers to the state’s drinking water others have seen it as a good source of energy and a revenue generator for the state. The Epoch Times asked New Yorkers: “If you owned a farm would you lease your farmland for fracking if you were in debt?”

I completely understand why some people would, I personally don’t agree with it, but then again I am not in that situation. I am an urban person, but if it were me, I would have looked at my underlying problem of why I was in debt in the first place, and probably attacked it a long time ago in other ways. But being that I am an urban person it’s kind of unfair in a way. It is like what I say to people all the time when it snows, I don’t mind it; and I love it in New York because I don’t have to drive in it and don’t have to shovel it.

Well at the end of the day, especially if you have a family, you have to eat, you have to support yourself someway, and if farming is not enough—obviously because you are in debt—I can see why people would definitely sign up for that. Because they don’t really understand the detrimental effects–they’re just in the here and now and it is like, ‘I just need money now to get out of debt so that I can have a smoother life.’ Having debt makes you feel bad, you can’t sleep well, you are worried about your family and savings for your kids to go to college, so that is how I feel about it, at least if I was a farmer.

Well if I owned a farm that would mean I own a business, and you have to look at it in a long-term view. It may bring profits to me in the short term, but will it create for me sustainability in the long term? I believe that anything that goes against nature just shouldn’t be done. If it is not a natural process it is more likely going to be against nature and it will be counterproductive down the road, so I would say no.

That is a really hard question. It would have to do with how much debt I was in, and how much the government was going to pay me, and how it would affect the land that I own. In terms of what the process would do to the land, it sounds like they are trying to find other resources for energy, which is a good thing, but I don’t think pouring chemicals into the ground is a necessary way to do that. I would think there are other alternatives so I would say … hopefully I would say no. It would depend on how bad off I was. I mean if they were going to take my land away because I couldn’t pay then I probably would.