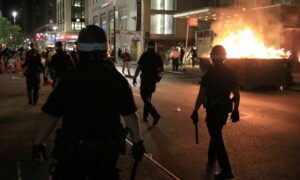 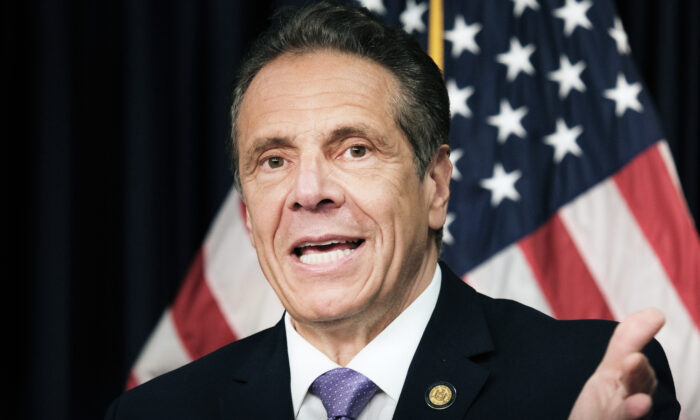 New York Gov. Andrew Cuomo speaks to the media at a news conference in Manhattan in New York City on May 5, 2021. (Spencer Platt/Getty Images)
NY News

A prosecutor in New York is in the middle of a criminal investigation into Gov. Andrew Cuomo, he said on Tuesday.

Albany County District Attorney David Soares said in a statement that his office was made aware of a report made public earlier in the day by New York Attorney General Letitia James, who tapped a team of legal experts to investigate sexual harassment allegations against fellow Democrat Cuomo.

The report substantiated some of the allegations, finding Cuomo harassed multiple women.

Soares, a Democrat, said his office will be formally requesting investigative materials obtained by James’ office, while encouraging any victim to contact his office directly with additional information.

“As this matter is developing and we are reviewing the document released by the Attorney General today, we will refrain from any additional public comment at this time regarding the status of the ongoing criminal investigation by our office,” Soares added.

“While concluding that the Governor engaged in unlawful sexual harassment, we do not reach in this report a conclusion as to whether the conduct amounts to or should be the subject of criminal prosecution,” they said in a footnote in their report.

The team said certain criminal authorities, including the Albany Police Department, have been alerted to some of the allegations.

“I will state that it’s our understanding that for the young woman whose breast was groped, that Albany Police Department already has a report about that. As for anything else, as the Attorney General stated, all the information is fully documented in the report and any prosecutors or police departments can look at the evidence and determine if they want to take further action,” Anne Clark, one of the investigators, told reporters.

Cuomo said in a video message that he will not be resigning and pushed back on the findings.

“I never touched anyone inappropriately or made inappropriate sexual advances,” he said in the video, which was released by his office shortly after the report was made public.

Democrats on the state and federal level called on Cuomo to step down in light of the substantiated allegations.

James said later Tuesday that her office has provided the New York Assembly Judiciary Committee with the report, and will hand over all relevant evidence.

“We will cooperate with their investigation as needed,” she added.