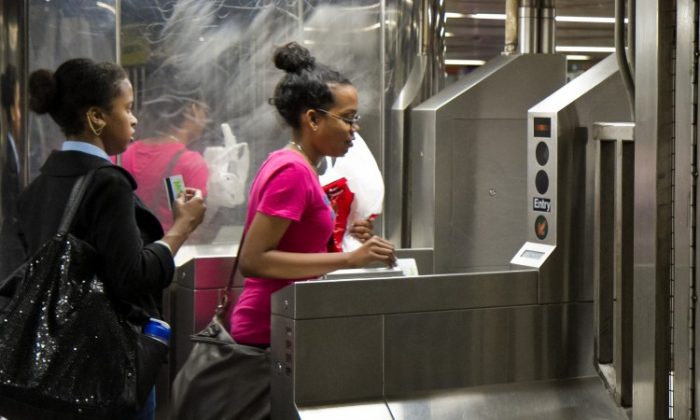 Commuters using their MTA Metro cards at the turnstile of the Harold Square subway station on May 23. (Benjamin Chasteen/The Epoch Times)
US

NEW YORK—The pending fare hikes for subways, buses, and commuter rail in the New York City region have been narrowed down by the head of the Metropolitan Transportation Authority (MTA).

He also advocates finalizing a $1 fee for new MetroCards and lowering the bonus “threshold” (how much one buys in fares before they receive a percentage discount) from $10 to $5 to address affordability concerns for the economically disadvantage. The percentage decrease, however, should be reduced from 7 percent to 5 percent, Lhota proposed.

Adding $5 to the weekly express bus pass (to $55) and $1.00 to the cash toll for the Verrazano-Narrows Bridge are two of his other recommendations.

The board will vote on the fare increases Dec. 19.