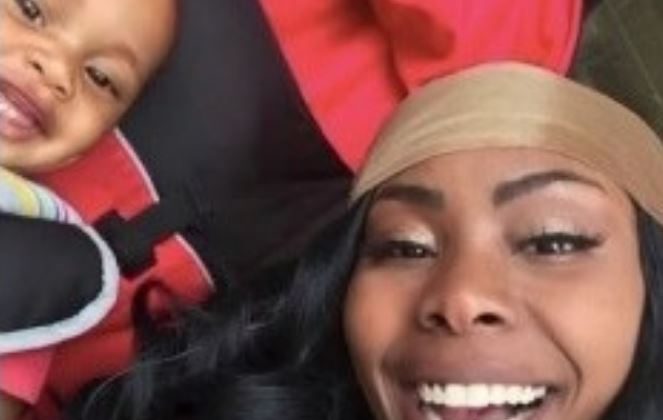 Jazmine Headley, 23, used her baby "as a shield" and bit an officer on the arm, according to internal Human Resources Administration reports and the New York Police Department. (Help Jazmine Headley #JusticeForJazmine/GoFundMe)
Crime and Incidents

Jazmine Headley, a New York mother whose baby was taken from her by police officers at a Brooklyn benefits center, used her child “as a shield” to prevent herself from getting arrested, according to two officers.

The Human Resources Administration officers also said that Headley bit an officer on the arm, reported the New York Post. They were describing a Dec. 7 scuffle at a SNAP center.

Headley acted disorderly, loud, and irate when she refused to move off of the floor at the facility, the officers said.

Headley said that there were no chairs available, a claim the officers disputed.

A peace officer “made several attempts to calm client Headley down and to just have a seat to avoid [the] situation from getting worse,” according to the statements. The mother’s baby was in his stroller but she picked him up after New York Police Department officers arrived.

“She began to use her baby as a shield from getting arrested and was telling the officers, ‘You better not touch me,’” one statement said.

Another officer said in a statement that Headley “intentionally used her toddler son as a shield. He was sitting in his stroller, but she took him out once she knew the police were called.”

The statements said Headley refused to obey a request to move from the floor due it being a passageway that people needed to move through and cursed repeatedly at officers, prompting them to call the NYPD.

The video showing the police officer wresting the baby from her arms went viral.

“The officers were careful while handling her not to harm the baby. The female client was the one putting him in a tight hold, grabbing his clothes and even wrapped her legs around his body so that he couldn’t be detached from her,” one of the reports stated.

The NYPD also said that an internal review found Headley became verbally abusive and bit one of the administration officers on the arm.

“The NYPD has conducted a strenuous review of what happened because the public deserves answers, and we must take every opportunity to continuously strengthen how the NYPD serves the people of New York City,” Police Commissioner James O’Neill said in a statement.

“This review shows that prior to the incident depicted on public video, NYPD officers are working with the client to de-escalate the situation.”

The department said the review was based on video footage, body camera footage, 911 calls, and interviews with Headley and her mother.

The review recommended that the police review tactics and training programs for situations in which police officers deal with someone holding a young child.

The chief of the Human Resources Administration, Steve Banks, apologized for the actions of the peace officers.

“I would certainly say to her as a parent I apologize that you went through this horrible situation in one of our offices,” he said, according to CBS. “We’re reinforcing that our offices are to be a place where people get a helping hand, not the back of the hand.”

The officers were suspended for 30 days.

Union representatives said the officers followed protocol but Headley’s attorney said they were in the wrong.

“There is no justification for the way the HRA peace officers and NYPD treated Jazmine Headley and her son,” Katherine Rosefield told ABC 7. “Their conduct was disgraceful.”

Headley was jailed for several days but was released on Tuesday and charges, including resisting arrest, obstruction, and acting in a manner injurious to a child, were dropped by Brooklyn District Attorney Eric Gonzalez.

On Wednesday, she was ordered to pay a $1,000 fine and complete community service in a credit card fraud case in New Jersey after entering into pretrial intervention, a program for first-time offenders.

A GoFundMe fundraiser has raised more than $35,000 for the mother.

“Funds for Jazmine will help her pay for child care and other expenses, allowing her to get back to the job and life that is waiting for her,” wrote Brooklyn Public Defenders, which launched the fundraiser.