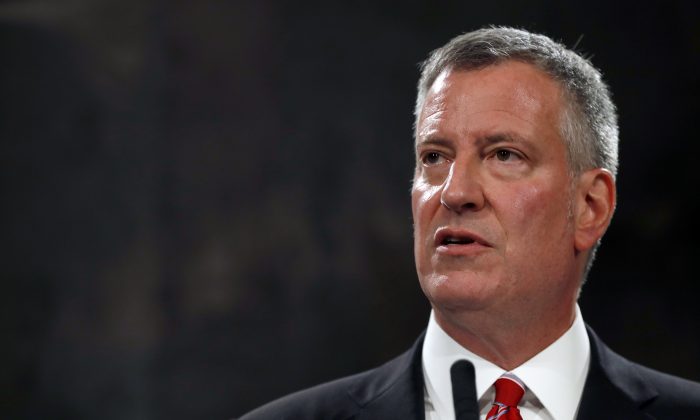 New York Mayor Bill de Blasio, the Rev. Al Sharpton and celebrities including Mark Ruffalo, Michael Moore and Rosie Perez are planning to rally New Yorkers to stand up to President-elect Donald Trump on the eve of his inauguration, organizers said Saturday.

Organizers say they expect thousands of New Yorkers to attend the event, put together by groups including Greenpeace and the liberal activist organization MoveOn, on Trump’s home turf.

The demonstration is intended as a kick-off to organizing opposition to Trump’s policies and support for cities taking their own approach on immigration, climate change, health care, workers’ rights and other issues.

“We are sending a message to Washington that we will fight, at every step, discrimination and harmful policies, today, tomorrow, and every day,” Ruffalo said in a statement. He said participants “are coming together to stand up for one another, as we will do every day, to protect the values we hold dear.”

The demonstration also aims to spotlight actions that cities can take locally, such as working on their own to reduce carbon dioxide emissions.

The Republican president-elect’s choice for Environmental Protection Agency administrator, current Oklahoma Attorney General Scott Pruitt, has questioned the science showing that the planet is warming and that man-made emissions of carbon dioxide and other greenhouse gases are to blame.

Demonstrators plan to rally outside the Trump-developed Trump International Hotel and Tower. It’s a half-mile from Trump Tower, the president-elect’s home.