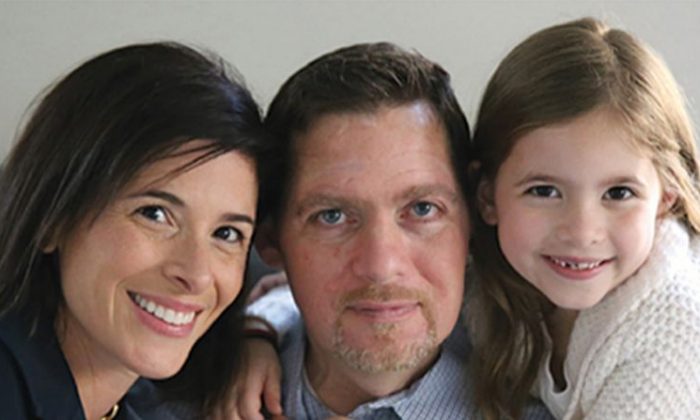 Anthony Senerchia with his wife, Jeanette Senerchia, and their daughter, Taya. (Ajsfoundation.com)
US News

Anthony Senerchia, who suffered from ALS and helped popularize the “Ice Bucket Challenge,” died over the weekend at the age of 46, according to local reports.

Senerchia was diagnosed with ALS, known as amyotrophic lateral sclerosis—or Lou Gehrig’s disease—about two months after he got married, WPIX reported. There is no known cure for the illness.

The “Ice Bucket Challenge” involves dumping a bucket of ice and water over someone’s head in an attempt to promote awareness of the disease (and is sometimes accompanied by a donation). LeBron James, Bill Gates, Oprah, Jeff Bezos, Conan O’Brien, Chris Pratt, Amy Schumer, Steven Spielberg, and Mark Zuckerberg have all participated in the “Ice Bucket Challenge.”

“It is with great sadness and a very heavy heart that we announce the passing of Anthony Senerchia,” Senerchia’s foundation announced this week. “Anthony fought a courageous battle with ALS.”

The challenge actually first garnered attention in June 2014 when hosts on the Golf Channel performed a live “Ice Bucket Challenge.” Then, television anchor Matt Lauer did the Ice Bucket Challenge on July 15, 2014, on NBC’s The Today Show. Then, golfer Chris Kennedy challenged his cousin, Jeanette Senerchia, wife of Anthony Senerchia.

“He sent it to me as a joke and then it turned into something extraordinary,” she said.

“It’s a difficult disease and tough when you’re losing,” Jeanette Senerchia said of her husband’s illness, LoHud reported. “Your body is failing you. But he was a fighter… He was our light. He made our life better.”

In 2014, the “Ice Bucket Challenge” raised about $115 million, and $89 million of it went to research for a treatment and cure, according to the ALS Association.