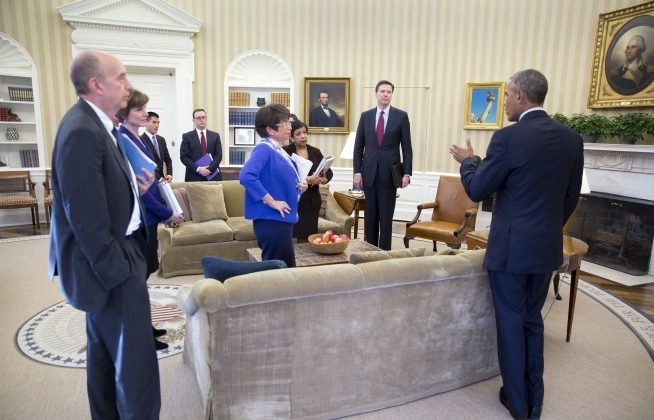 State and federal lawmakers, as well as the Attorney General, weighed in on the President’s announcement in a series of statements.

U.S. Senator Charles Schumer (D-NY) responded by accusing Congress of blocking previous efforts to enact stricter gun laws “that has led to the President’s strong and necessary action on gun safety,” he said in a statement. “The vast majority of Americans will welcome Presidential action to break the unnatural vice grip that the NRA has over safety in America.”

“President Obama’s executive action to expand background checks, increase oversight, and close glaring loopholes in federal law marks a critically needed step forward for our nation,” he said in a statement. “I applaud the President’s decision to take a stand and act, even as Congress continues to delay.”

Senator Kristin Gillibrand (D-NY) concurred, calling gun violence an “epidemic” and saying there needs to be a federal law that defines gun trafficking as a crime.

“I look forward to working with my colleagues to take steps to end the scourge of gun violence in the new year,” she said in a statement.

Attorney General Eric Schneiderman pointed to New York’s stringent gun laws enacted after the shootings at Sandy Hook Elementary School, and said the state remains a “dumping ground for the ‘iron pipeline,’ which funnels guns from states with weaker gun laws to crime scenes in Binghamton, Buffalo, and the Bronx.”

“There is a growing consensus, among gun owners and non-gun-owners alike, that we can strengthen our background check system without infringing on the rights of law-abiding Americans. Three years ago, New York showed the way, and now the rest of the country is following it,” he said.