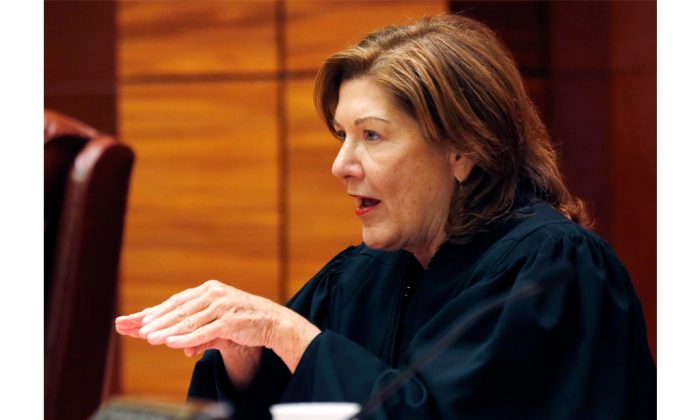 ALBANY, N.Y.—A ban on outdoor smoking in New York parks was upheld Wednesday by a midlevel court, reversing a judge, and dismissing a challenge filed by a smokers’ rights group.

The Appellate Division, ruling unanimously, said the ban was consistent with the mission of the Office of Parks, Recreation, and Historic Preservation—”to allow all patrons to enjoy the fresh air and natural beauty of its outdoor facilities.”

The five justices concluded the agency didn’t usurp the Legislature’s authority with regulations that banned smoking at state parks in New York City and at designated areas at other parks around the state. The panel acknowledged there’s no specific legislative directive to restrict park smoking outdoors.

The city has a separate outdoor smoking ban for its parks and beaches.

They noted the Legislature has prohibited smoking at indoor public spaces and expressed “its determination that tobacco smoke, including secondhand smoke, is hazardous to one’s health.”

“Furthermore, the record does not indicate that the designation of no smoking areas continues to be the subject of great public debate,” Justice Karen Peters wrote. “In fact, 91 percent of the comments that respondents received on this rule were favorable and many commenters expressed their desire that smoking be banned outright in all state parks.”

The rules established no-smoking areas in February 2013 at various parks statewide, including popular beaches and all nine state parks within New York City. The city has a separate outdoor smoking ban for its parks and beaches, which had City Council backing and wasn’t challenged in this lawsuit.

Judge George Ceresia ruled last fall that state parks officials exceeded their authority, ordering they stop enforcing the outdoor ban and take down the signs. He noted that the Legislature had previously considered but failed to enact an outdoor ban.

A call to the parks office was not immediately returned.

Edward Paltzik, attorney for NYC Citizens Lobbying Against Smoker Harassment, said he’s disappointed Ceresia’s ruling was overturned and will encourage his client to appeal. He had called the previous ruling “a vindication of individual rights in the face of government overreach.”