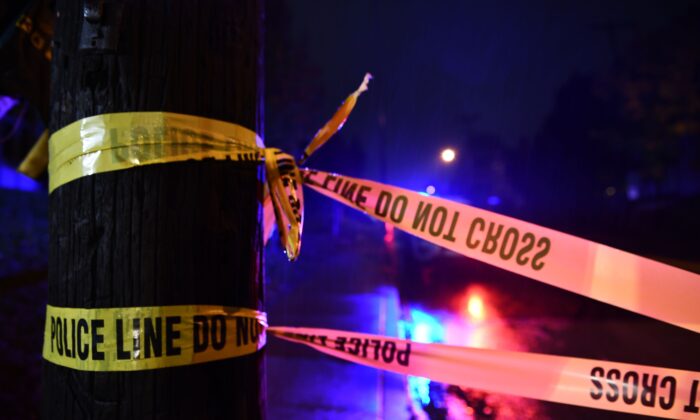 Van De Water, 41, who last year challenged incumbent Democratic Rep. Antonio Delgado, was found dead by police at the Poughkeepsie Rural Cemetery after responding to a report of a “man down,” MidHudsonNews.com reported.

News of his death comes shortly after he announced, and then withdrew, another bid for Congress in next year’s midterm elections. He lost against Delgado last year by more than 40,000 votes.

Delgado said in a statement on Twitter that his “heart breaks for Kyle, and his beautiful family.

“We shared a number of conversations about family and country, and I walked away from each one knowing that he had a profound love for both,” Delgado said.

He shared the number of a Veterans Crisis Line, but didn’t mention a cause of death.

“Kyle’s death is tragically felt not only an individual level, but also nationally, as far too many veterans across our country are going without the support and care that their service to our great land undoubtedly necessitates,” Delgado added. “We can and must do better. May God rest Kyle’s soul And may God bless his family.”

Van De Water just weeks ago announced that he was withdrawing his candidacy, saying that he was looking forward to “vigorously and enthusiastically supporting the GOP candidate in 2022.”

“I have been truly humbled by and will be forever grateful for all of the support I have received these past few years. It has been an honor getting to meet so many of you as I traveled across the district,” the 41-year-old announced in a statement on Twitter on Aug. 27.

He added, “Unfortunately, circumstances in my life have changed and I am no longer able to give 110% towards this endeavor. For the good of the party, and the district, I have decided to withdraw my candidacy.”

Dutchess County Executive Marc Molinaro said on Twitter that his prayers were with the Army veteran’s family as they try to “come to grips with this tragedy.”

“Kyle was a war hero who put his life and well-being on the line for his country,” said Molinaro. “We owe him, his family, and all of our brave service men and women everything for the sacrifices they have made.”

The New York Republican Party said it was “deeply saddened to learn of Kyle’s untimely passing.”

“He was an American hero and soldier whose selfless service in the Army will never be forgotten. Our thoughts and prayers are with his family and loved ones during this incredibly difficult time,” it said in a statement.

According to the bio on Van De Water’s website, he was born born in Rhinebeck and raised in Poughkeepsie. He studied Political Science and Economics at the University of Massachusetts at Amherst and subsequently graduated from Albany Law School.

He joined the U.S. Army in 2006, assigned to the Judge Advocate General’s Corps working as an Administrative Law Attorney at the United State Military Academy, West Point. He was later deployed to Kabul, Afghanistan, where he was awarded the Bronze Star in 2011.

Van De Water received the Meritorious Service Medal and his honorable discharge from the Army in 2014.

The circumstances of Van De Water’s death remain unclear as of Tuesday night.