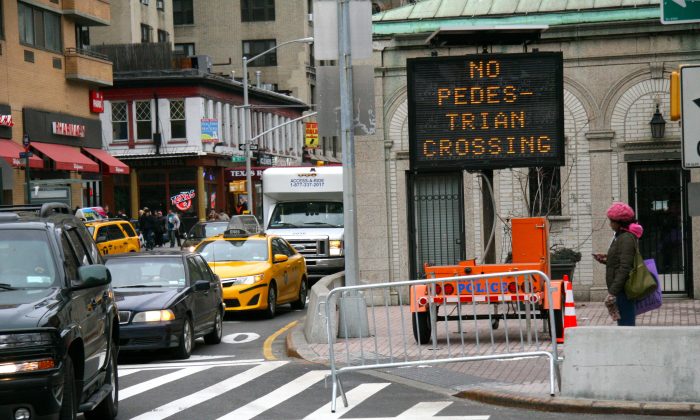 Recent pedestrian fatalities in the Upper West Side led to a precinct initiative to ticket jaywalkers, sparking controversy. Ten pedestrian deaths have occurred in 2014.

“I believe that ticketing New Yorkers is excessive and that there are other ways to work on encouraging pedestrians to cross streets correctly,” Rodriguez said in a statement.

Instead, he wishes to see posters and notices around the city similar to the subway ads on cutting down on sugary drinks, or the signs warning against standing too close to the platform edge.

“We can instead initiate a public information/education campaign for both drivers and pedestrians that stresses the danger of jaywalking and encourages responsible crossing,” Rodriguez stated.

Rodriguez represents District 10, covering the Washington Heights, Inwood, and Marble Hill, neighborhoods. He has stated his focus on implementing Mayor Bill de Blasio’s “Vision Zero” goal of no pedestrian deaths in the city within a decade.

De Blasio has called the number of traffic fatalities an epidemic. Last year, 286 people were killed by cars in New York City.

The Vision Zero campaign includes dedicating more New York Police Department resources to traffic enforcement, improving street design, creating 20 mph zones, and legislation to allow the city to control its own traffic cameras, which are currently controlled by the state.