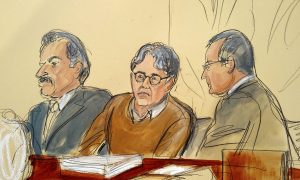 The Rise and Fall of NXIVM: 20 Years With Raniere on the Throne
0
Share Now
FacebookTweetParlerEmail
Copy Link 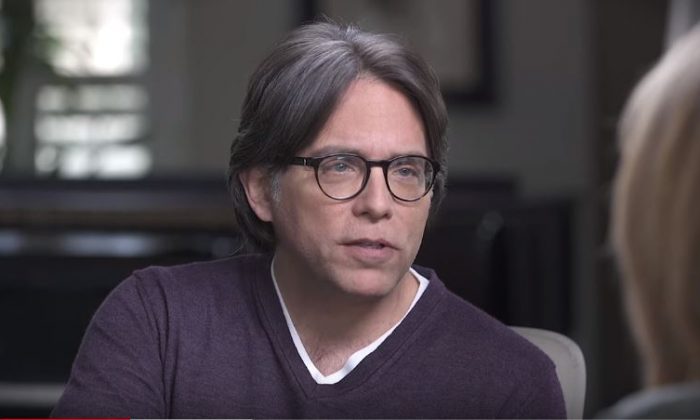 Keith Raniere in an interview with his NXIVM subordinate, actress Allison Mack, of "Smallville." (Keith Raniere Conversations/YouTube)
Crime and Incidents

Keith Raniere, the leader of the alleged NXIVM cult in upstate New York, was sentenced to 120 years in prison on Tuesday.

Raniere was convicted on federal racketeering, sex trafficking, and child pornography charges in 2019 for his role in the alleged sex cult.

One of the victims who offered testimony included a 15-year-old girl who was at the center of Raniere’s sexual exploitation of a child charge.

“While he hid our sexual relationship from others, he explained it to me by telling me that I was very mature for my age. And I know now that it was false—I was a child,” her victim impact statement read, CNN reported. “He used my innocence to do whatever he wanted with me—not just sexually but also psychologically.”

During his 2019 trial, other former NXIVM members testified that they were enslaved by Raniere, were branded, and were put on starvation diets, among other abuses.

Other members of the group, which was based in Albany, pleaded guilty to their roles. They include “Smallville” actress Allison Mack and Seagram’s liquor heiress Clare Bronfman, who was sentenced to six years in prison in September for her role in the group.

Prosecutors have contended that Raniere is “unrepentant” and has “no empathy for his victims” since he was convicted.

“In his communications with his supporters, Raniere repeatedly attempts to cast himself as a victim of persecution and harassment from the government and from unknown enemies,” they wrote.

Raniere, in a Friday interview with NBC News, said that he was innocent but apologized for his role.

“I apologize for my participation in all of this … this pain and suffering,” he said in the interview. “I’ve clearly participated. I’ve been the leader of the community. And it has come to this. Even if it is by oppression, I am absolutely sorry and pained. This is a horrible situation.”

In a sentencing submission, lawyers for Raniere said he “continues to assert his complete innocence to these charges.” They wrote that his jury conviction at an unfair trial resulted from a media campaign involving witnesses who were motivated to testify falsely as part of a “heavy-handed prosecution that threatened potential defense witnesses.”