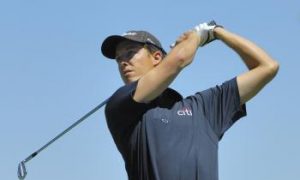 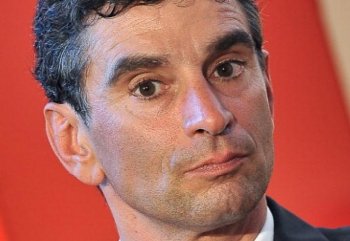 This file picture taken on July 5, 2010 at Villa Madama in Rome shows Italian CEO of Ferrero International, Pietro Ferrero, during a ceremony for the 'Winning Italy Award.' Pietro Ferrero died while riding his bike on April 18, in South Africa. (Andreas Solaro/AFP/Getty Images)
Business

Pietro Ferrero, the CEO of the Ferrero group, which oversaw the Nutella chocolate spread and Tic Tacs, died on Monday, according to reports. He was 47.

Ferrero apparently died of a heart attack while he was riding his bike in Cape Town, South Africa, during a break. Someone saw him fall from his bike and he was pronounced dead on the scene, reported Bloomberg News. At first it was reported that he died of the fall.

The Ferrero group’s website shows Ferrero’s face in contemplation and the words “sempre con noi, forever with us.”

“Italy has lost a businessman who embodied the best qualities of our industrial history — the continual search for excellence, creativity, the determination to compete even in difficult moments to defend a brand and make it a symbol,” Italy’s Foreign Minister Franco Frattini stated, according to Bloomberg.

Company spokesperson Raoul Venturi said there were “fragmentary” details regarding the circumstances of how he died, reported the Wall Street Journal.

Ferrero shared the CEO title with his brother, Giovanni, but was regarded as the top manager, according to the Journal. His sudden death puts the company, which is the largest chocolate manufacturer in Italy, in a predicament.