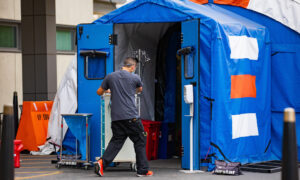 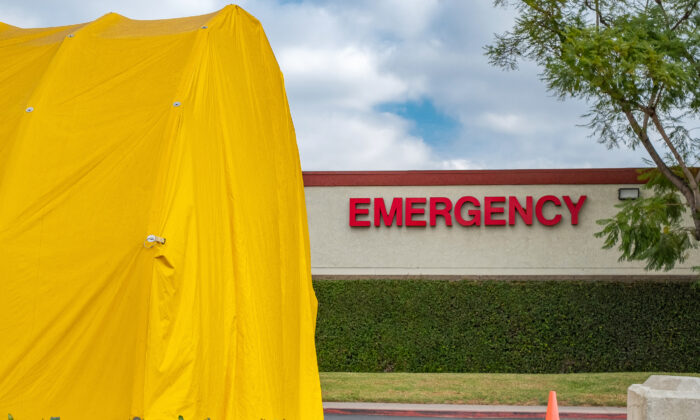 Nurses say they have been working double shifts with few breaks, are under-equipped with personal protective equipment (PPE), and are enduring extremely high patient-to-nurse ratios because staffing waivers have been granted to acute care hospitals.

“Nurses are bearing incredible pressure to care for the patients due to the crisis,” Joseph Ho, a registered nurse at Anaheim Global Medical Center, said in a union press release.

The nurses want hospitals to cancel elective surgeries to accommodate COVID patients, as hospitalizations continue to rise throughout the region and intensive care unit (ICU) bed availability has reached zero percent, according to the county’s adjusted metric.

Ho said his employer “should be making beds available by canceling elective surgeries for the foreseeable future.”

“Save those beds [for] those who most need them and at the same time give the RNs [registered nurses] a chance to truly care for these patients by not forcing Nurses to take patients that don’t need a hospital right now,” Ho said. “The public needs to know that the Hospitals are not doing everything they can to help the Nurses care for patients.”

Rasha Tran, a registered nurse at West Anaheim Medical Center, said allowing patients in hospitals who do not need to be there increases the risk for nurses when they are needed most.

“We are getting slaughtered in the [emergency room]. We literally had to do a blood transfusion in the hallway,” Tran said.

“Ambulances are just leaving their patients in the ER because they are waiting too long for a bed, I don’t even know how we can sustain this. Increased ratios mean less care for more patients and elective surgeries means a regular bed that could go to someone we are now holding for hours and days in the ER.”

Jeff Corless, a spokesperson for KPC Health, which administers the Chapman, South Coast, and Anaheim Global medical centers, told ABC7 News Dec. 23 that the company is working with partners across the state to get more resources for its facilities.

“We’ve asked the state to step in, the state today can ask the federal government to activate the medical corps and bring additional medical staff and nursing staff,” Corless said.

But according to National Nurses United, the largest union of registered nurses in the United States, and the California Nurses Association, area hospitals have been using the pandemic as a way of reducing safe staffing standards by applying for waivers to get around the state’s staffing law, which mandates a minimum number of nurses for various hospital units.

“California’s multi-billion dollar hospital industry fought for years to block the state’s landmark safe staffing law, and then tried to overturn it, even though studies have shown the California law has resulted in up to 14 percent fewer patient deaths than in comparable hospitals, assured nurses more time to spend with patients, and kept nurses at the bedside far longer,” the association stated.

Organizers have indicated they will continue demonstrating weekly until things change.