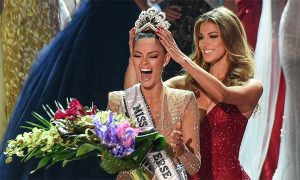 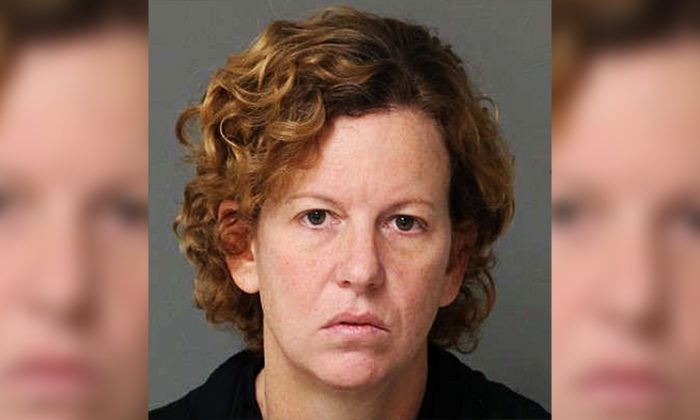 A registered nurse who disappeared on Thanksgiving in 2016 has been arrested in North Carolina on charges of child endangerment.

Michele Roode Boyd, who was 41 at the time when she disappeared, was working as an intensive care nurse in San Antonio, Texas, supporting her five-year-old daughter Abigale and stay-home husband Seth.

According to TCPalm.com, Boyd began acting strangely in 2015 after reading “Iterating Grace,” an anonymous book which satirizes the culture of Silicon Valley.

Boyd seemed to have become obsessed with finding the author. In July 2016, she told her brother, Joe Roode, that because she was so close to finding the author, a cult had begun targeting her. Her husband, Seth Boyd, said she became paranoid about internet privacy.

In October, 2016, Boyd told her husband that she wanted a divorce. They agreed to a trial separation, and Seth moved out.

“There were just a lot of strange things going on,” Seth told TCPalm.

Boyd’s mother, Sue Roode, spoke to Boyd on Thanksgiving day. Boyd said she didn’t want to see her husband on the holiday.

After the rest of the family shared Thanksgiving dinner, they received a Facebook friend request from someone using Boyd’s photo but under a different name.

Early the next morning, Seth received a call from San Antonio authorities saying his daughter had been found tied up outside a Walgreens in San Antonio.

An employee told police the child was tied to an ice machine outside the store with her mouth and arms taped, ABC News reported. Police said they believed Boyd had tied the child there on Thanksgiving Day while shopping inside and left her there when she was done.

Authorities sought Boyd to arrest her for child endangerment, but no one knew where she was. Her daughter, now 7, is unharmed and with her fathe

Her car, a new Ford Focus, turned up in a restaurant parking lot on Nov. 26, with her wallet, keys, and a suitcase inside, KENS News reported.

One of Boyd’s former co-workers reported to have been Boyd in San Antonio in the spring of 2017, according to TCPalm.

Then, there was an email sent to an old account that suggested that Boyd had applied for a shopper’s card at a Californian Safeway store.

A native of Vero Beach, police thought that Boyd might have returned home after a trace on her cell phone showed that she appeared to be in Florida.

“Nothing makes sense,” her brother Joe Roode told TCPalm. He suggested that she might have had a reaction to some medication she had been described.

“We just want her back to be part of her daughter’s life in whatever way is possible,” he said. “I think she’s hiding purposefully.”

Friends created a Facebook page Help Find Michele Roode Boyd to make sure she was not forgotten. But until March 2018, Michele Boyd was a missing mystery.

Boyd was finally arrested at WakeMed Hospital in Raleigh, North Carolina, on March 19. Police booked her around 2 p.m., according to ABC News.

According to WRAL, she was in the hospital for treatment for a seizure.

Boyd agreed to return to Texas to face the charges there within the next two weeks. In the meantime, she is in the Wake County Detention Center on a $200,000 secured bond.

Boyd’s mother, Sue Roode, traveled to Raleigh to see her daughter at her arraignment.

“She almost died. She told me they had to resuscitate her twice, and she was in ICU on a ventilator,” Roode told WRAL.

Roode said she thinks her daughter suffers from mental illness.

“We knew she was exhibiting some paranoia before she left. I knew she was hiding somewhere, and she was afraid,” she told WRAL.