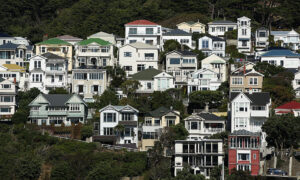 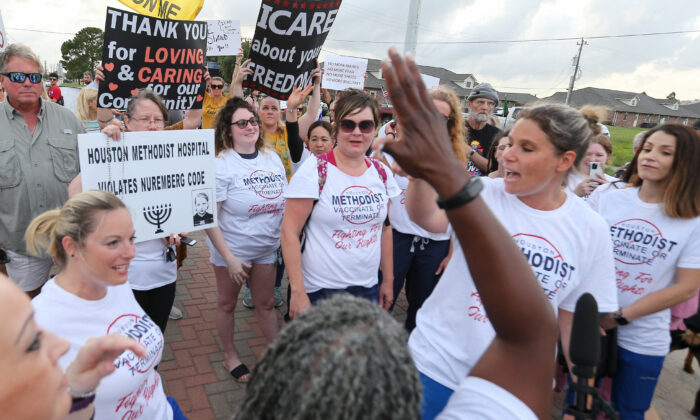 Nurse Who Already Had COVID-19 Fired for Refusing Vaccine: Hospital Is ‘Kicking Us to the Curb’

A Houston nurse who was fired for refusing to get the COVID-19 vaccine said that she contracted the virus last year and therefore didn’t need to be vaccinated.

The Houston Methodist hospital system confirmed to The Epoch Times that more than 150 employees were either terminated or resigned after a judge earlier this month dismissed a lawsuit by the workers against the company over its mandatory COVID-19 vaccine requirement.

“I had COVID last summer, I don’t need that vaccine, and Methodist did not care about that, that was not an option at all,” Jennifer Bridges, the lead lawsuit plaintiff and a registered nurse, said in an interview with Fox News on June 23.

Bridges, who confirmed to The Epoch Times on June 23 that she was fired by the company, said in the Fox interview that her dismissal is a betrayal of trust.

“We worked so hard last year,” Bridges said. “I mean, we were there through thick and thin when we had no help … it was horrible. And these people that are putting forth these rules right now for us and kicking us to the curb, they weren’t there. They weren’t even in the building to be seen for months. They were staying at home while we were doing all the work.”

In the interview, she said she’s not sure why the hospital mandated vaccination for employees.

“I do not know exactly why they’re doing this,” Bridges said. “I can only assume it could be for a power [grab] or [they’re] money-hungry right now, but they need to follow the proper science because we do not need to be vaccinated if we had COVID.”

In response to Bridges’s interview, a spokesperson for Houston Methodist described her comments as false.

“That is absolutely untrue. Our leaders have supported our employees every step of the way. We greatly appreciate what all of our dedicated employees have done for our patients, and our leaders have been by their side since the beginning,” a spokesperson told The Epoch Times on June 24.

Bridges’s attorney, Jared Woodfill, who appeared alongside her during the Fox segment, said he believes the hospital’s vaccine requirement is “completely inconsistent” with federal law and regulations.

“Folks like Jennifer, the heroes I represent, were on the front line at the height of the pandemic; they were the individuals we celebrated, and as a result of their service, she contracted COVID-19,” he said. “She recovered and recuperated … but here we are today, Methodist hospital said, ‘Oh, you wouldn’t submit or participate in our vaccine trial, here’s your pink slip,’ sentencing her to bankruptcy, and that’s just plain wrong and that’s why we’re standing up.”

U.S. District Judge Lynn Hughes of Houston ruled against Bridges’s and the other plaintiffs’ lawsuit earlier in June, saying that claims the vaccines are experimental and dangerous are false. Hughes ruled that Houston Methodist’s mandate of making vaccines a requirement for employment isn’t coercion and said she can go work somewhere else.

“Bridges says that she is being forced to be injected with the vaccine or be fired. This is not coercion. Methodist is trying to do their business of saving lives without giving them the COVID-19 virus,” Hughes said at the time. “Bridges can freely choose to accept or refuse a COVID-19 vaccine; however, if she refuses, she will simply need to work somewhere else.

Marc Boom, president and chief executive of the Houston Methodist system, told The Epoch Times following the ruling that “our employees and physicians made their decisions for our patients, who are always at the center of everything we do” and “we couldn’t ask for a more dedicated, caring, and talented team.”