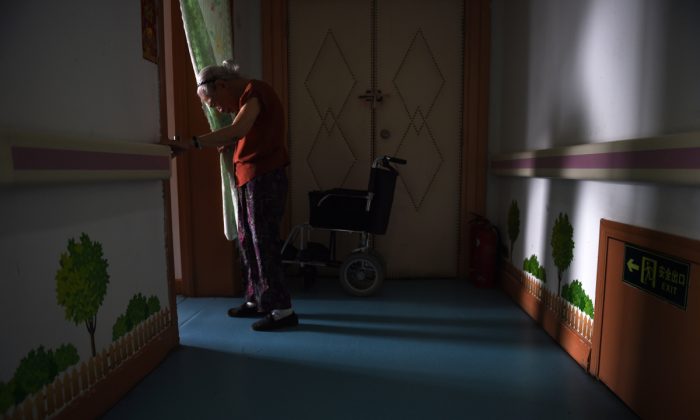 An elderly woman was allegedly abused in a retirement home in China, including being tied down to her bed, before she passed away.

The woman’s family was very upset over the inhumane treatment. “We feel it was a crime, and it was torture,” the family told The Beijing News.

But the “99 Yijia Retirement Center” in Nanchang City, Jiangxi Province said that they strapped the woman to her bed because it was for her own safety, and they are investigating her death, the report said.

Bound to Her Death Bed

“[She] suffered forceful, long-term, and heartless torture from being tied down by a male nurse for three and a half hours,” the family said in a statement, as reported by The Beijing News.

The family members further expressed that the woman had told them many times that since November 2018, the male nurse would tie up her hands and legs, secretly beat her, and lock the door to her room from the outside.

The woman would constantly oppose and struggle against being tied up, according to the family’s statement. At the same time, the statement rhetorically asked if the management ever tried to stop the treatment, and if the staff attended to her needs or called a doctor.

Further, the statement said that the staff did not receive proper training or certification.

An individual in charge of the retirement home, surnamed Zhang, said that an agreement was made with family members on April 1 to use this form of restraint.

“The woman got up and out of bed in the middle of the night on April 1, and fell over,” Zhang told The Beijing News.

Zhang said that administrative punishment was given to all levels of employment at the retirement home to different degrees. The administer and vice-administer lost their salaries for two months.

The retirement home launched its own investigation, but the report did not say if the police got involved.