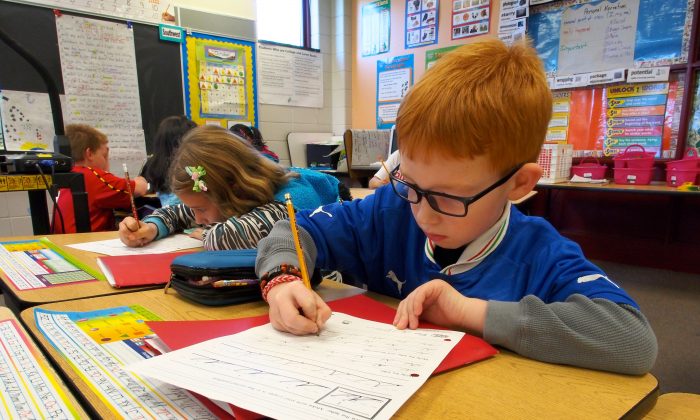 NEW ORLEANS—When it comes to the future of public school policy in Louisiana, the political math gets complicated and party lines blur.

The new governor will appoint three members of the 11-member state Board of Elementary and Secondary Education. Eight other BESE members are being elected from districts around the state.

The board sets and implements education policy and hires the state education superintendent but is also subject to laws passed by a 105-member state House and 39-member Senate.

Voters make their choices for governor, for the eight elected board posts and for roughly 70 contested legislative races Saturday (or, if needed, in November runoffs). The election results will heavily influence education policies for the next four years.

And voters won’t be able to use political parties as a guide when it comes to issues such as whether to stick with Common Core education standards; the state’s test-heavy school accountability system; and a growing reliance in Louisiana on independently run charter schools and government-funded private school tuition vouchers.

“We’ve seen support for these policies from people across the political spectrum,” Stephanie Deselle, who works on education issues for the nonpartisan Council for a Better Louisiana, said in an interview.

The governor’s race provides an example. The only major Democratic candidate in the race, state Rep. John Bel Edwards, has the support of the two major teacher unions. The unions, traditionally Democratic allies, are critical of Louisiana’s embrace of Common Core education standards, many aspects of the accountability program and the growth of charter schools.

“Common Core continues an over-reliance on testing that feeds into the evaluations of our teachers, our schools and our districts in a way that fundamentally misleads our parents about the quality of education that’s taking place in our schools,” Edwards said at an education forum earlier this year.

But Democrats are split on education issues, as evidenced by the fact that the group Democrats for Education Reform — which supports Common Core and the accountability system — isn’t making an endorsement in the governor’s race.

Those standards are supported by prominent business leaders in Louisiana, often Republican allies. Still, although the standards were developed by a consortium of states, some Republicans decry them as a means of federal government intrusion into local education matters.

The next governor stands to greatly influence the makeup of the board of education and its collective willingness to move forward with — or roadblock — current policies.

Party labels also are of little use in the individual BESE races. For example, in Republican-heavy District 6, where Common Core supporter Chas Roemer is stepping down, a coalition that includes the teacher unions has given “favorable” ratings to two Republicans and a libertarian. Roemer had endorsed Republican Jason Engen in the races, and the state’s largest business lobbying organization supports two candidates — Engen and Republican Laree Taylor.

For now, a majority of BESE members tend to support charters, vouchers, school accountability grades based on student test scores and Common Core. That majority includes two appointees of term-limited Gov. Bobby Jindal — appointees who stuck with Common Core even after Jindal reversed course and opposed the standards.

Common Core supporters beat back Jindal’s efforts to abandon Common Core last spring but agreed to a review and possible adjustment of the standards. BESE, including the three new members appointed by the governor and the eight who win the upcoming elections, will play a part in the process.