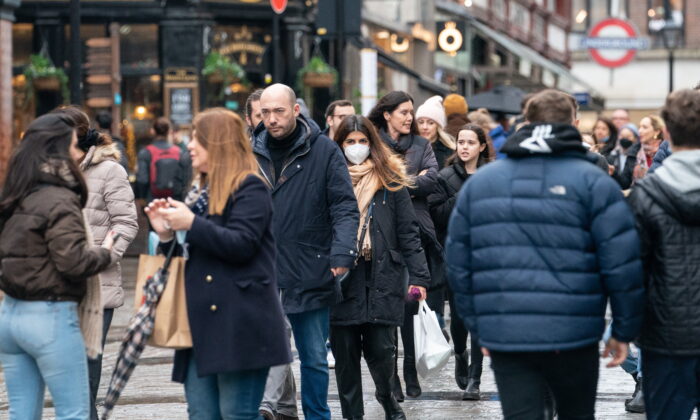 The numbers of in-person Boxing Day shoppers fell to almost half of pre-pandemic levels.

Footfall at shopping sites across the UK on Boxing Day was 41 percent below the 2019 level, data from industry analyst Springboard shows.

Shops on Boxing Day are usually bustling with customers hunting for post-Christmas bargains, but the footfall in high streets was 37.7 percent lower than in 2019, while it dropped 48.4 percent in shopping centres and 40.2 percent in retail parks.

Diane Wehrle, insights director at Springboard, said: “A major reason for the significantly lower footfall compared with 2019 will be due to consumers’ ongoing nervousness about the Covid infection rate.

“This will have been compounded by the fact that a few multiple retailers opted not to open on Boxing Day which will have deterred some shoppers.

“In addition, Sunday generally has the lowest footfall on any day in the week so a comparison with 2019 when Boxing Day fell on a Thursday will always have meant that footfall would be lower than two years ago.

“Despite this, most multiple retailers still opened their doors to shoppers, and the mild weather should have meant that it was easy for shoppers to visit stores and destinations.”

In central London, footfall was 41 percent lower than 2019 numbers, while it was 42 percent below in other major UK cities.

This had improved during the day, however, as at noon in the capital, footfall was 67 percent lower than pre-pandemic levels.

The number of in-person customers was 47.6 percent above the 2020 level across all UK destinations, including 61.5 percent in high streets, 57.6 percent in shopping centres, and 7.4 percent in retail parks.

There were some queues outside stores in the West End on Monday morning, with pictures on social media showing masked shoppers waiting outside Next on Oxford Street from 4 a.m.

There were also queues outside Selfridges, Boots, Primark, Disney, and Zara on Sunday.

New West End Company chief executive Jace Tyrrell said: “As expected, footfall for Boxing Day remained down on pre-pandemic levels as London continues to feel the effects of the Omicron variant, with swathes of people choosing to remain home to browse the sales online rather than risk travelling into city centres.

“This, combined with the limitations of Sunday trading regulations, saw a muted start to the post-Christmas sales period.