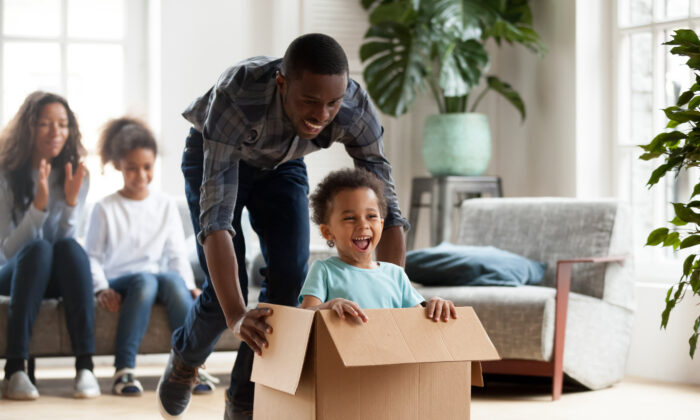 Stock photo of a child playing with an adult. (Dreamstime via TNS)
Social Issues

By Alex Tanzi
From Bloomberg News

WASHINGTON—The number of U.S. homes with a married couple and kids fell to a record low, according to new government data, as the pandemic further delayed weddings and more adults don’t plan to have children at all.

By absolute numbers, there are just 23.1 million homes with nuclear families, the fewest since 1959, the data show.

The pandemic delayed many marriages over the past two years, adding six months to a woman’s age at first marriage—the most since 1987—to now 28.6 years. In the 1950s and ‘60s, women typically married at 20.4 years of age and 22.8 years for men.

Births have generally been on the decline as Americans are marrying later in life, which has grown more pronounced in the pandemic. The U.S. fertility rate fell to 55.4 births per 1,000 in the second quarter from 58.5 in the same period of 2019, data from the Centers for Disease Control and Prevention showed Friday.