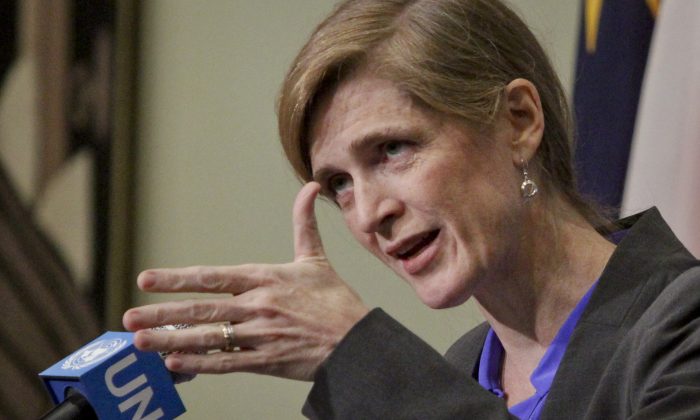 UNITED NATIONS—The United Nations says the number of besieged areas in Syria’s conflict has risen to 18, up from 15 earlier this month, with as many as half a million people now affected.

As the U.N. hopes to get Syrian parties to begin peace talks on Friday, the organization’s humanitarian chief and the head of the World Food Program on Wednesday called upon Syria’s government to allow sustained access to besieged areas and to the estimated 4.5 million people in hard-to-reach areas.

Officials said the rare convoys that reached a few besieged communities earlier this month, after images of emaciated Syrian children were widely shared online, are not enough and that the food delivered will soon run out.

“One-off access … is not the kind of access we need to prevent starvation,” U.N. humanitarian chief Stephen O’Brien told reporters. He also called for immediate medical evacuations from besieged areas for the sick and wounded.

O’Brien called the idea of airdropping aid to besieged areas “risky” and insufficient, but diplomats said all options are still being discussed.

WFP chief Ertharin Cousin told reporters that for airdrops to happen, her agency would need secure airspace, assurances that the aid gets to the most vulnerable and enough space on the ground to safely drop the “large tonnages” necessary to be meaningful food aid.

Cousin said it is “just a matter of time” before the world again sees the kind of images of suffering Syrians that promoted international outrage and the rare aid convoys earlier this month.

While the U.N. says all sides in the conflict have blocked the delivery of aid, it has repeatedly criticized Syria’s government. The U.N. secretary-general’s latest report on the crisis says that since the beginning of 2015, just 13 inter-agency convoys have been approved by the government and completed, out of 113 requested.

“We cannot for one minute think the situation is improving,” the U.S. ambassador to the U.N., Samantha Power, told reporters.