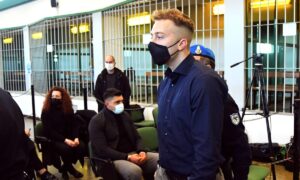 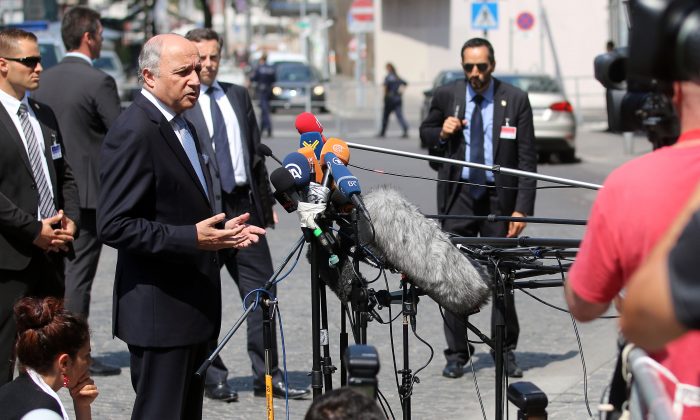 VIENNA— Iran nuclear talks busted through their second deadline in a week Tuesday, casting new questions about the ability of world powers to cut off all Iranian pathways to a bomb through diplomacy. But the parties agreed to continue their talks.

“We knew it would have been difficult, challenging, and sometimes hard,” said Federica Mogherini, the European Union’s foreign policy chief. Negotiations, she said, will continue for the next couple of days despite hitting some “tense” moments.

As the latest target date arrived for a deal setting a decade of restrictions on Iran’s nuclear program, U.S. Secretary of State John Kerry, Iranian Foreign Minister Mohammad Javad Zarif and other top diplomats huddled in Vienna in search of a breakthrough. All had spoken of deep differences remaining even after 11 days of discussions, and there was no public indication they had resolved disputes ranging from inspection rules on suspicious Iranian sites to limits on Tehran’s research and development of advanced nuclear technology.

“The last, difficult, political issues, we have to solve,” Mogherini said.

Diplomats extended their discussions by a week when they missed their goal of a pact by June 30, after passing previous deadlines in July 2014 and last November. For Kerry and his team, pressure is increasing from skeptical U.S. allies and members of Congress. If the accord isn’t sent over to American lawmakers by Thursday, their month-long review period would be doubled to 60 days, hampering the ability of the Obama administration to offer speedy economic benefits to Iran for nuclear concessions.

In Tehran Tuesday, Iran’s Atomic Energy Organization declared it had reached a “general understanding” in parallel talks with the U.N. nuclear agency on “joint cooperation.” The Iranians have made similar claims previously, and it was unclear if any process was established for the International Atomic Energy Agency’s long-stymied investigation of past nuclear weapons work by the Islamic Republic — a demand of Washington and its partners in negotiations in Austria’s capital.

There, in a baroque, 19th-century palace, Kerry gathered early Tuesday with the foreign ministers of Britain, China, France, Germany and Russia. The larger group was to meet with Zarif at some point later in the day, with the clock ticking. Russia’s Sergey Lavrov and China’s Wang Yi were expected for a gathering of emerging economies in the Russian city of Ufa on Wednesday, and White House spokesman Josh Earnest said another prolongation of talks was “certainly possible.”

The U.S. is in a tough spot. President Barack Obama has expended significant political capital on finalizing an agreement that has prompted suspicion from Iran’s regional rival, Saudi Arabia, outright hostility from America’s closest Mideast ally, Israel, and deep ambivalence even among Obama’s Democratic allies in Congress. They’re concerned that the accord would leave Iran’s nuclear infrastructure largely intact and compel the West to provide the leading U.S.-designated state sponsor of terrorism with potentially hundreds of billions of dollars’ worth of economic relief from international sanctions.

To ease their concerns, Obama and Kerry have vowed to hold out for a “good deal” that verifiably keeps Iran at least a year away from a nuclear weapons capability for at least a decade. Current intelligence estimates put the Iranians only two to three months away from amassing enough material for a nuclear warhead, if they pursued such a course. As part of the guarantee, the administration has repeatedly threatened to abandon negotiations if they prove fruitless or appear as an Iranian stall for time.

On-and-off talks with Tehran have been going on for more than a decade, though this incarnation has come closest to any resolution. The latest effort began in secret a couple of years ago and gained speed after the election of moderate-leaning Iranian President Hassan Rouhani in 2013. By November that year, Iran and the six world powers clinched an interim nuclear agreement and began the process for a comprehensive accord.

Over the weekend, a cautious Kerry told reporters that talks on the final package “could go either way.”

“If we don’t have a deal, if there’s absolute intransigence, if there’s an unwillingness to move on the things that are important, President Obama has always said we’ll be prepared to walk away,” Kerry said. “It’s not what anybody wants. We want to get an agreement. But I’ve said from the moment I became involved in this we want a good agreement, only a good agreement, and we’re not going to shave anywhere at the margins in order just to get an agreement.”

Republicans hostile to compromise with Iran have been urging the U.S. to pull back from the talks. Their refrain for several months has been that Obama and Kerry want a deal more than the Iranians do, and have let red lines erode on Iranian enrichment capacity, inspections and providing limited sanctions relief. The president and his top advisers vehemently reject such claims.

Iran has its own red lines, defiantly outlined in recent weeks by Ayatollah Ali Khamenei, the nation’s supreme leader. They include a quick easing of sanctions, and rejection of any inspections of military sites or interviews with Iranian nuclear scientists.