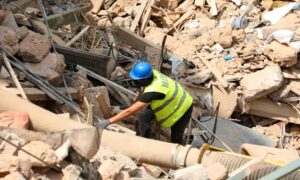 Nuclear Whistle-Blower Going Back to Jail

Following parole violations, including refusing to perform community service in West Jerusalem, he was ordered on May 11 by Israel's Supreme Court to return to jail for three months.

He is scheduled to go back to prison on May 23.

As part of the conditions of his parole, he has been under police supervision and banned from communicating with foreigners, including journalists. Vanunu is also not allowed to leave Israel or visit foreign embassies. If he wants to change his address he has to inform the authorities. According to Global Security Newswire, he has reportedly violated the restriction of not speaking to foreigners on multiple occasions.

Some advocacy groups are crying foul at the repeat incarceration, saying the state of Israel is going too far in punishing and restricting Vanunu.

Among them is the National Union of Journalists (NUJ), a freedom of speech organization that made Vanunu an honorary member in 2004. NUJ is protesting his re-imprisonment and the heavy restrictions on his freedom of movement and communication. The NUJ also wrote to Israel’s ambassador in London, Ron Prosor, asking him to pressure Israeli authorities to not carry out the prison sentence, and withdraw restrictions on Vanunu.

But the Israeli government has said that Vanunu left them with little choice. In an interview with Ynet News, state prosecutor Dan Eldad said the court made the sentence after exhausting all other possibilities.

"The court was convinced that Vanunu is in possession of information that, if revealed, would jeopardize the state's security even today, 24 years after he was arrested for the first time," Eldad told Ynet News. "Therefore, law enforcement authorities cannot ignore the repeated breaches of the terms of his parole."

Vanunu's re-imprisonment has also raised protests from Amnesty International, and they have vowed to raise his status within their organization if the sentence is carried out.

“If Mordechai Vanunu is imprisoned again, Amnesty International will declare him to be a prisoner of conscience and call for his immediate and unconditional release,” said Philip Luther, Amnesty International’s deputy director for the Middle East and North Africa, in a statement last week.

According to the human rights organization, in a conversation they had with Vanunu on May 12, he said it makes little difference to him whether he is jailed or not.

“Whether I go to prison or not, it doesn’t matter to me," Vanunu told Amnesty. "I feel like I’m in prison already, trapped in Israel.”