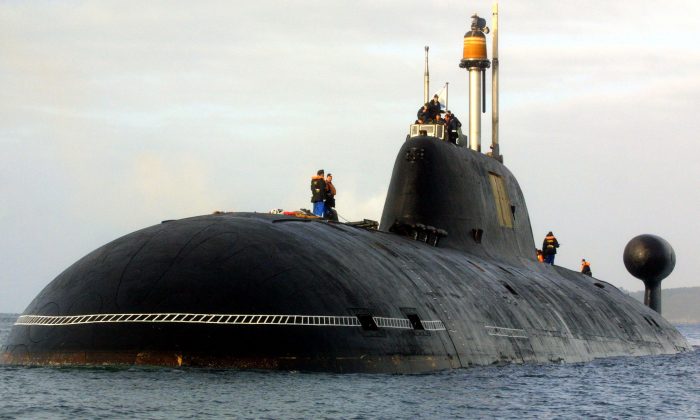 Russia and US Isolation Could Lead to ‘Nuclear Catastrophe,’ Expert Says

Stanford University professor Siegfried S. Hecker in a recent NY Times editorial that a “nuclear catastrophe” could take place if the US and Russia continue to be at odds with one another.  His comments come about a week after author Noam Chomsky speculated that recent US-Russia tensions over the Ukraine conflict could spark a nuclear war in a worst-case scenario.

He wrote: “My Russian colleagues and I believe that in nuclear matters, collaboration is essential, whereas isolation can lead to catastrophes. It is important for both Moscow and Washington to heed this message.”

Hecker, who was the director of the Los Alamos National Laboratory from 1986 to 1997, said that over the past decade, Russian-US efforts to reduce the threat of nuclear weapons were initiated following the collapse of the Soviet Union.

President Vladimir Putin, he noted, recently said the Russian nuclear defense complex “has risen from the ashes like the proverbial Phoenix.”

“Moscow views cooperative threat reduction programs as a reminder of the humiliating 1990s,” Hecker then says of the new developments.

Earlier in November, author Noam Chomsky claimed escalating tensions between the US and Russia could spark a nuclear war. He said the world has never been closer to a nuclear conflict that would wipe everything out.

“The worst-case scenario, of course, would be a nuclear war, which would be terrible. Both states that initiate it will be wiped out by the consequences. That’s the worst-case,” he said, via state run RT.com. “And it’s come ominously close several times in the past, dramatically close. And it could happen again, but not planned, but just by the accidental interactions that take place – that has almost happened,” he added.

READ: Independent Russia Space Station Could be Ready by 2020

It said the Kremlin is preparing a “nuclear surprise” for NATO amid disputes between the West and the Kremlin over the Ukraine conflict, the paper said a few days ago in an editorial.

Merkel described the conflicts with Putin and Russia as a test for the European Union.

“Old thinking in terms of spheres of influence, in which international law is trampled upon, cannot be allowed to assert itself,” Merkel said. “I am confident it will not assert itself, though the road may be long, difficult, and come with many setbacks.”

The reports come as Russia announced that it is planning to send long-range bombers to the Gulf of Mexico in what appears to be a display of military power.

“We do not see the security environment as warranting such provocative and potentially destabilizing activity,” a senior Obama administration source told CNN last week.

Meanwhile, U.S. State Department spokeswoman Jen Psaki added: “We don’t think there is a current situation in the western Atlantic and eastern Pacific or the Caribbean and the Gulf of Mexico that warrants additional flights in out-of-area territory.”

And at the start of the G20 conference in Australia, Russia sent several naval warships to international waters near Brisbane.