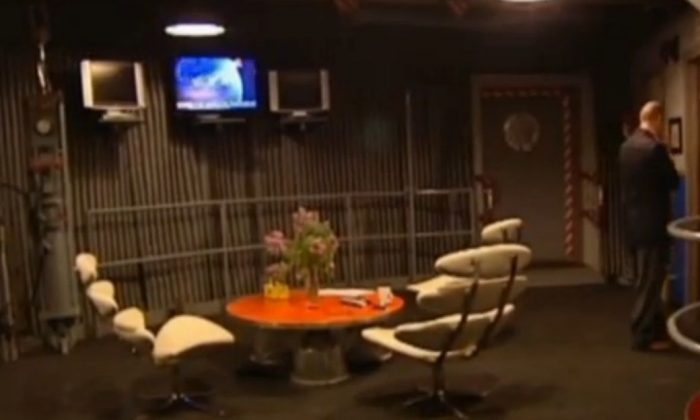 A screenshot of WTSP-TV shows the inside of the nuclear silo home.
US

A Cold War-era nuclear missile silo has gone on sale with an asking price of $775,000, according to media reports.

The nuclear silo, which was decommissioned in 1960, is located in Lewis, N.Y., and includes one bedroom and bathroom, according to WTSP-TV.

“I was interested in military history I like military architecture, I like utilitarian architecture, so this place had it all,” homeowner Alexander Michael told the network.

He said that the 300-foot-deep silo looks abandoned on the outside.

“I’m going through the process of restoring the interior of it to as close to what it was during the day that it was operating,” he said.

Realtor Brian Dominic said that the silo will likely generate a lot of interest.

“We’ll get probably a thousand inquiries via email, probably on average a hundred phone calls and that will lead to a handful of people that will actually visit the property,” he said.

ABC News reported that the new owners of the home can live under “blast doors” 185 feet in the ground.

According to MissileBases.com, there are a number of abandoned nuclear missile silos for sale across the United States.