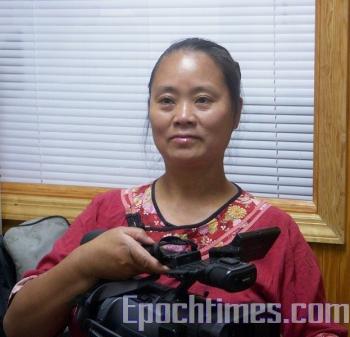 By He Xiuer
Print

At the time Zhang and Hu were making video recordings near the Guotai Bank on the Main Street. Actually Hu was already surrounded and attacked yesterday. Zhang and Li reported the case immediately to the 109 Police Station in Flushing.

Zhang said, "As Zehua was attacked yesterday, we made a group of two for security reasons today. However, we were still attacked." "They also grabbed my video camera and made death threats."

Zhang also said that for the reporters own, and the community’s safety, what she called the “terrorist actions” shouldn’t be allowed to continue in Flushing. “All residents should stand up and say no to violence,” she said.