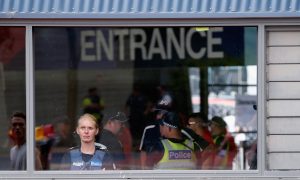 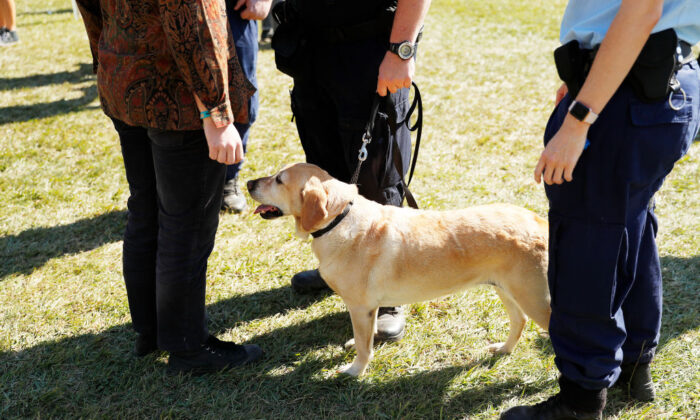 Police officers and drug detection dogs amongst festival goers at Splendour In The Grass on July 19, 2019 in Byron Bay, Australia. (Photo by Mark Metcalfe/Getty Images)
Australia

The findings of a landmark inquiry into strip-searching practices of the New South Wales Police will be revealed when the law enforcement watchdog delivers its final report to state parliament.

The Law Enforcement Conduct Commission (LECC) announced an investigation into the use of power by police officers to conduct strip searches in 2018 after it received complaints and anecdotal information from community organisations.

Commissioner Lea Drake suggested last week that the report will include a new policy about strip-searching developed with NSW Police.

The commission has already published several reports throughout the inquiry, which are case studies of individual strip-search incidents and how police monitored potential misconduct.

The reports all found that police officers lacked proper understanding of legal requirements for conducting strip searches and had not received enough training.

A report (pdf) in May looked at the incident of a 16-year-old girl who was searched unlawfully at the Splendour in the Grass music festival at Byron Bay in 2018.

The strip search was conducted after positive drug indication from a sniffer dog. The girl denied possessing any drugs.

A female police officer told her to strip completely naked in a tent that could not completely close.

The male officer who first saw the girl had only spent a total of five minutes on mandatory training on the subject in the past 14 years.

There had been a rapid increase in strip searches in 2018-19 at music festivals due to police’s zero-tolerance approach to drugs. During that period, there were six drug-related deaths at various venues.

The strip search inquiry has focused mainly on the treatment of young people and women.

It also reported that police data found Aboriginal youths and adults were disproportionately involved in strip-search operations, both in and out of custody.

The strip-searching inquiry was one of the earliest major moves by the LECC, an independent agency created in 2017.