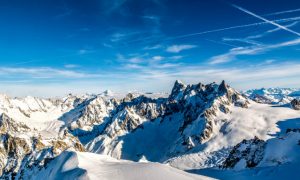 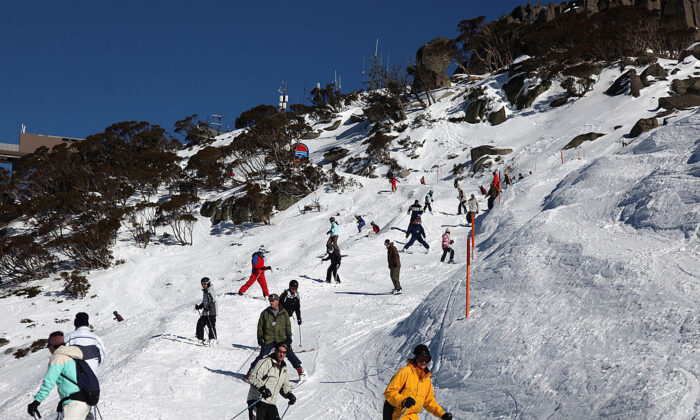 The NSW ski season will begin on June 22, the state government has announced, two weeks later than usual because of the COVID-19 pandemic.

Powderhounds will soon be able to enjoy the NSW snowfields with the state’s alpine region to open on June 22 after the Chinese Communist Party (CCP) virus, commonly known as the novel coronavirus, pandemic delayed the 2020 ski season.

Deputy Premier John Barilaro is keen to see tourists back on the slopes after the traditional June long weekend season opener was cancelled due to COVID-19.

But resorts will need to ensure they are safe by implementing physical distancing, controlled access to ski lifts and enhanced cleaning procedures.

“These measures will mean that fewer people will be able to visit and stay at resorts this season, so it is essential that people book and confirm their travel arrangements and accommodation before they travel,” Barilaro said in a statement on Thursday.

People should continue to maintain proper physical distancing, he added.

The Shed Ski Hire owner Gary Vaughan was hoping to be open for the June long weekend but will accept June 22 instead.

“It’s fantastic because we weren’t sure if it was or wasn’t going to go ahead,” Vaughan told AAP. “Something is better than nothing.”

“A couple of people from Queensland told me they are keen to get down here,” he said.

“They can come down to NSW but when their ski trip is finished they won’t be allowed back into Queensland (due to the border being closed).

“But they said they will worry about that when they get back.”

Thredbo, Charlotte Pass and Perisher will open but Selwyn resort will remain shut throughout this year’s snow season due to bushfire damage.

Thredbo Resort general manager Stuart Diver said it had been working hard with the government and stakeholders to open under COVID-19 restrictions.

“We’re going to need to limit the number of people who ski and board, and who are in the resort on a daily basis,” Diver said in a statement on Thursday.

“It is going to look different this winter.”

Group ski and snowboarding lessons have been banned and hiring clothes will not be permitted.

“The NSW resorts are of course disappointed to miss the traditional opening of the snow season on the June long weekend but operators are looking forward to the season ahead and are busily preparing for the safe opening of the resorts from June 22,” Hackworth said in a statement.

Hackworth has previously said the association was in “lock-step” with the government on safety protocols and would encourage conservative behaviour.

The announcement gives NSW resorts three-and-a-half weeks’ notice to bring staff in and train them where required, stock up and begin operations.