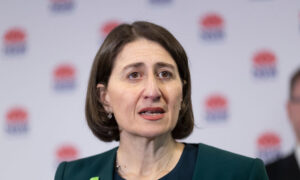 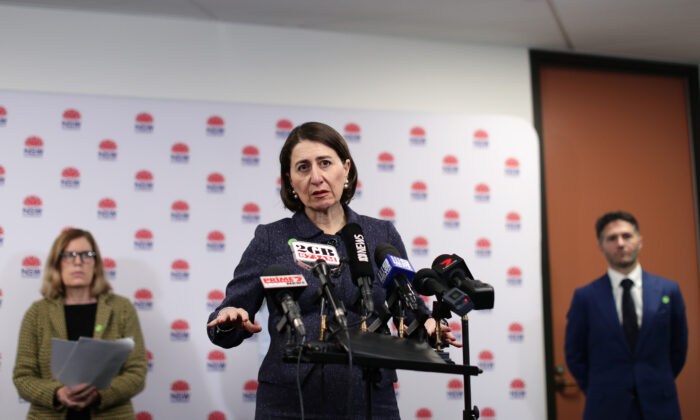 Premier Gladys Berejiklian said authorities would not enforce mask usage in NSW but had revised their recommendations to address four specific circumstances.

As well as in situations where social distancing is impossible, such as on public transport, masks should be worn in NSW by public-facing employees such as hospitality or supermarket workers, worshippers and residents of suburbs near clusters.

Those who are elderly or suffer underlying health issues should also wear masks.

“We have been talking about masks for several weeks but obviously the persistent situation in Victoria gives us cause for alarm in terms of the potential for further seeding in NSW, and it is about risk mitigation strategy,” Berejiklian told reporters on Aug. 2.

“We’re going to the next stage of assessing what else and how else we can decrease the risk and break the current chain coming through NSW.”

One additional case recorded on Aug. 2 had no known source.

It comes after an 83-year-old man connected to the Crossroads Hotel cluster in southwest Sydney died on Aug. 1, taking the NSW death toll to 52 and the nationwide tally past 200.

It was the first coronavirus-related death in NSW since late May.

The Thai Rock Wetherill Park cluster in western Sydney is nearing 100 cases, while the cluster in Potts Point in the east has reached 24 and the funeral events cluster in the west sits at 33.

A popular venue on Sydney’s Northern Beaches, meanwhile, was on Saturday forced to shut after hosting a COVID-positive patron on the afternoon of July 24.

The Bavarian restaurant in Manly underwent deep cleaning and reopened to the public on Saturday afternoon. Patrons on the afternoon of July 24 should monitor for respiratory symptoms.

The Harpoon & Hotel Harry in Surry Hills, Matinee Coffee in Marrickville and Tan Viet in Cabramatta are among other venues required to undertake deep cleaning in recent days.