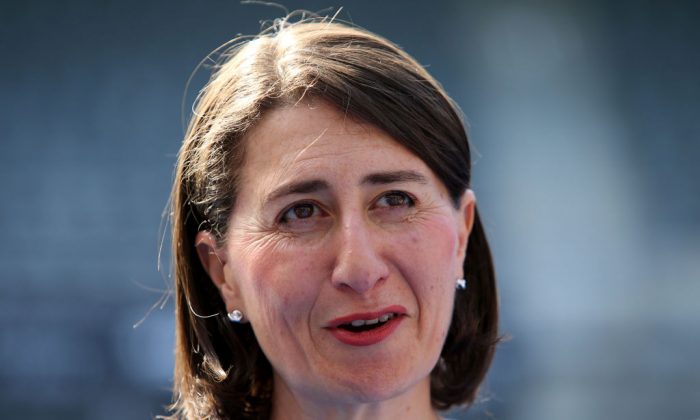 NSW Premier Gladys Berejiklian says she will most likely be supporting a private members’ bill seeking to remove abortion from the state’s criminal laws.

Abortions are currently lawful in NSW if performed with the consent of the woman and by a registered doctor who believes there are reasonable grounds that the woman’s physical or mental health would be at risk from continuing the pregnancy. The woman’s social and financial situations are also taken into account.

Outside of these conditions, termination of a pregnancy is considered a crime in NSW under the Crimes Act of 1900.

However, progressive independent Sydney MP Alex Greenwich is proposing to change that to bring NSW laws in line with the rest of Australia.

Greenwich gave notice of his Reproductive Healthcare Reform Bill 2019 on July 30. The bill seeks to decriminalise abortions by classifying them as a medical procedure in the eyes of the law.

“NSW is the only state to not have decriminalised abortion,” Greenwich told the ABC. “Our bill ensures women in NSW have access to safe and lawful terminations without the threat of criminal convictions and provides doctors with the legal clarity they have long sought.”

Thank you to everyone who joined us outside parliament today. Tomorrow, join us inside @NSWParlLA as I introduce the Reproductive Health Care Reform Bill at 10am. Anyone can attend, if you require information email my office at sydney@parliament.nsw.gov.au pic.twitter.com/xRVsynmSFl

The bill seeks to legalise pregnancy terminations up to 22 weeks gestation by a registered doctor, and later if two doctors consent given the medical, physical, social, and psychological circumstances.

Doctors will have the right to conscientiously object to performing abortions but must refer patients to another health practitioner who can provide the service.

As a safeguard for the life of the unborn child, the bill proposes only to create a new criminal offence under the Crimes Act for anyone who assists in pregnancy terminations without authorisation.

The premier said on July 29: “If the legislation contains what I think it does, I’ll be supporting it.”

She said that Coalition MPs will be given a conscience vote.

“I’d encourage all members of the parliament to look at the legislation, as I will be doing, to make sure they’re comfortable with it and decide either way how they feel about it,” Berejiklian told reporters.

The premier said that although she didn’t begrudge MPs for holding a strong personal view on the issue, she believes that it is not the role of lawmakers to pass judgment on the moral implications of abortions.

“It’s important for that (abortion) to be a decision for the woman and for the state not to cast judgment on the morality of that decision,” she said.

Liberal Health Minister Brad Hazzard is a co-sponsor of the bill. Along with Greenwich, he is one of 15 co-sponsors of the proposed legislation from across numerous political parties.

One behalf of our 15 Cosponsors, I have just given notice of the Reproductive Health Care Bill 2019. I will introduce the Bill on Thursday morning, and debate will begin next Tuesday. pic.twitter.com/XeGxpKcIAh

Hazzard said on Jul 29 that the issue of abortion should be between a woman, her partner, and her doctor, and not involve “possible criminal proceedings against them,” saying that pregnancy termination is a “medical issue.”

“We feel confident there will be a respectful debate,” he told reporters. He added that he was “hopeful” that the bill would pass.

My thoughts on being a co-sponsor of @AlexGreenwich’s Reproductive Health Reform Bill.
This is a bill that promotes women’s safety and self-autonomy here in NSW.
It’s time for NSW to take a step in the right direction and ensure women’s reproductive choice.#nswpol #womensrights pic.twitter.com/Otgmjzh9o8

Emma Hurst MLC of the Animal Justice Party said it was “archaic” that “unless a woman and her doctor can prove that her physical or mental health is in serious danger if the pregnancy continued, it is a criminal offence to terminate a pregnancy and punishable by up to 10 years imprisonment,” according to a statement. “Most of us have either been in the situation ourselves or have supported a friend who has had to make this difficult decision.”

The bill has the backing of the NSW branch of the Australian Medical Association and Pro-Choice Alliance.

But not all voices in the community are in support of the proposed decriminalisation.

Dr. Rachel Carling from the Pro-Life group Right to Life NSW told the ABC that she was disappointed the Liberal Health Minister would put his name to such a bill.

“This is not about healthcare for women, this is a social issue from the left,” she said. “Women should be looked after during their pregnancies, whether they are unexpected or not, and just pushing abortion as the first option is not health care for women.”

The Catholic church has also voiced concerns that the government was rushing “a bad bill” through parliament.

“It is the dream bill of the abortion industry, which they have already pressed upon several other states but it will leave unborn children and unsupported pregnant women even more at risk,” Sydney Archbishop Anthony Fisher said in a statement on Tuesday. “The premier and others seem determined to stop us having our say.”

According to NSW government estimates (pdf) somewhere between 70,000 and 100,000 abortions are performed in Australia each year. Controversy continues to exist surrounding issues of the rights of the biological father, foetal rights, and late-term abortions in the face of advancements in medical technology that can now detect foetal heartbeats from 4 to 6 weeks gestation.

Under the current laws, there have been two prosecutions; one in 2018 of a Sydney woman who self-administered a drug to induce an abortion and another in 2006 of a doctor who performed two abortions but failed to ask the pregnant mother if there was a lawful reason for terminating the pregnancy. It was the first illegal abortion in the state in 25 years.

A similar push to decriminalise abortion was seen in the NSW Parliament in 2017 when Greens Senator Mehreen Faruqi attempted to pass an Abortion Law Reform Bill. It was defeated in the upper house 25 to 14.

Greenwich said at a press conference that his bill has now been revised to have a clear legal framework based on the progressive laws passed in Victoria (pdf) and most recently in Queensland (pdf), which voted to decriminalise abortion on Oct. 17 last year.

Greenwich was looking to introduce the bill on July 29 but conservative MPs asked for more time for wider community consultations.

Police Minister David Elliot said on July 30, “I will be opposing the bill because there has not been enough time to consult with my electorate.”

Greenwich said that he was “disappointed with any delay, (but) I’m glad that we have a clear and committed timetable from the government.”

Greenwich will now introduce the bill into the Legislative Assembly on Aug. 1.

“From next Tuesday we will begin debate on this long-overdue legislation,” he said. “It should go through the lower house next week and I hope into the upper house.”

With reporting from AAP.