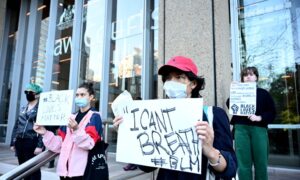 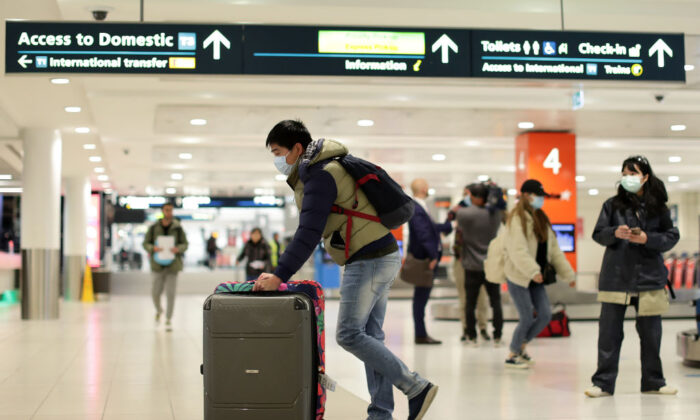 A passenger off a Melbourne to Sydney flight collects their luggage at Sydney domestic airport on July 07, 2020 in Sydney, Australia. (Mark Metcalfe/Getty Images)
Australia

NSW Police Own up to Quarantine Mistake

NSW police have admitted it was their mistake that allowed two overseas travellers to board a domestic flight from Sydney to Melbourne and forced the entire plane into self-isolation.

The pair, German nationals travelling from Tokyo, managed to land in Sydney and fly straight to Melbourne on a Virgin flight on December 5.

All 176 passengers and crew from Virgin flight VA838 which landed in Melbourne at 1.25pm, as well as five airport staff, have been told to quarantine at home.

In a statement on Sunday afternoon, a NSW Police Force spokesperson said the pair told officers they were booked on a flight to Melbourne, and were therefore deemed to be exempt from quarantining in Sydney.

“The NSW Police Force has since conducted a review into the circumstances of the incident and identified police had incorrectly allowed the two travellers to proceed to Melbourne,” the spokesperson said.

“Police practices and systems at the airport have also been reviewed and strengthened as a result of this incident.”

Victorian Premier Daniel Andrews earlier revealed the pair – now in hotel quarantine in Melbourne – had tested negative to the virus.

He hopes those quarantining as a result of the incident will be released from their requirements on Monday, if the pair test negative to the virus for a second time.

Five returned overseas travellers in Sydney quarantine were diagnosed with the virus from over 9000 tests across the state in the 24 hours to 8pm on Saturday. There were no locally acquired cases.

The numbers will again allay fears a Sydney quarantine hotel cleaner who caught the virus at work exposed the community.

The woman’s infection sparked widespread alarm on Thursday, with concerns scores had been exposed on public transport.

Testing of the woman’s contacts is continuing but there have been no further positive results so far.

Those who shared a train carriage with the woman are deemed close contacts and have also been asked to isolate for 14 days from their potential exposure.