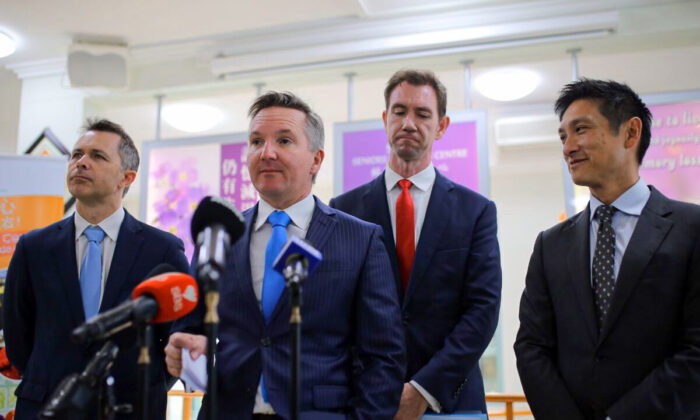 New South Wales (NSW) Labor has yet to respond to an inquiry asking about a state-election candidate who has expressed pro-Belt and Road Initiative views, despite a state by-election due to occur on Feb. 12.

Li is the Labor candidate for the seat of Strathfield, a multi-cultural area in Sydney’s inner-west.

In 2019, Li wrote in The Sydney Morning Herald: “If there is a particular project under the banner of Belt and Road that makes sense for Australia’s strategic interest, brings economic dividends, creates jobs and there are no adverse national interest elements, absolutely, we should seize these opportunities.”

Li’s stance goes contrary with that of Australian Foreign Minister Marise Payne who canceled Victorian Premier Daniel Andrews’ BRI deals with Beijing in 2021, citing their inconsistency with Australia’s national interest and foreign policy. The move was supported by federal and state politicians from around Australia.

The silence from NSW Labor on Yat-sen’s views comes as the party has denied that it had ever been approached by Australia’s intelligence agency, ASIO, about Chinese spies seeking to influence the party via a plot to bankroll a selection of NSW Labor candidates for the upcoming federal elections, as reported by The Australian on Feb. 11.

In a statement published on Twitter on Feb. 11, General Secretary of NSW Labor Bob Nanva said that it was the first time his party branch had heard of the allegations and that no national security agency had ever raised the issue with the parliamentary leadership or the organizational wing of the NSW branch.

“NSW Labor can confirm that no national security agency has ever raised these alleged matters with the parliamentary leadership or the organisational wing of the NSW Branch,” he said.

A statement from NSW Labor General Secretary Bob Nanva in response to reports published today in the Sydney Morning Herald and The Age: pic.twitter.com/rC9iLy8TpX

Candidate Li did not respond to a request for comment on his views on the BRI, Australia-China relations, and the CCP’s policies on Hong Kong.

Li, who has previously been a candidate for the ALP at a federal level, was this year chosen by the NSW branch to run for the state-level by-election in the seat of Strathfield, despite not living in the area.

“The son of migrants. A business owner. The Pro-Chancellor of the University of Sydney. And someone who truly reflects the community that he’s seeking to represent,” Minns wrote on Twitter.

“I’m proud to announce our candidate for the Strathfield by-election—Jason Yat-Sen Li!”

The Strathfield by-election will be held on Feb. 12, along with by-elections in Willoughby, Bega, and Monaro. Early voting opened on Jan. 31, and voters will have the option to mail-in their ballot amid the Omicron outbreak.