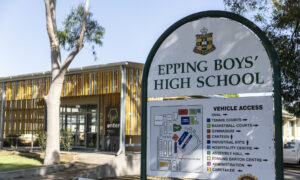 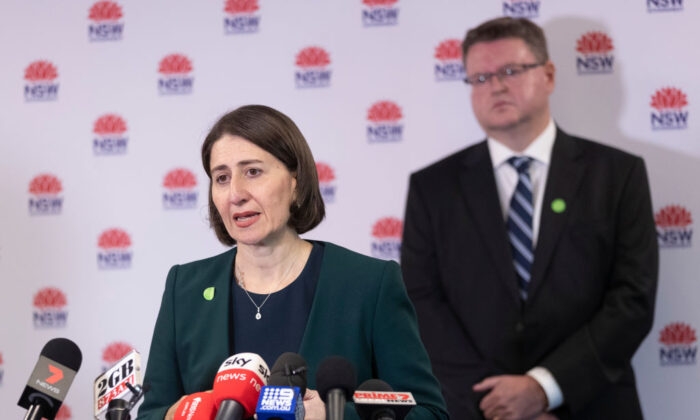 NSW residents are being urged to remain on high alert and monitor their health after 17 new COVID-19 cases were confirmed across the state.

Four cases are linked to the funeral service cluster in Sydney’s southwest, three are household contacts of cases associated with the Thai Rock restaurant in Wetherill Park, and two are under investigation. Eight are returned travellers in hotel quarantine.

There are now two cases linked to the Thai Rock at Potts Point after a diner who visited the restaurant on July 17 tested positive last week.

A staff member has now also become a confirmed case and investigations to date have not identified links between cases at the two restaurants.

The staff member is not included in the three cases linked to Thai Rock Wetherill Park on Monday.

Anyone who attended the Potts Point restaurant for more than two hours between July 15 and July 25 should get tested and self-isolate for 14 days since they were last there, regardless of symptoms.

A couple who tested positive for COVID-19 following the Bankstown funeral attended Tan Viet Noodle House in Cabramatta, which is also known as Crispy Chicken Noodle House, between 1 p.m. and 2 p.m. on July 22 and An Restaurant in Bankstown between 9 a.m. and 11 a.m. on July 23.

Anyone who attended these venues is asked to watch for symptoms and get tested if symptoms appear.

A case linked to the funeral cluster is a student at Georges River Grammar School in Georges Hall in Sydney’s southwest.

The school is closed for cleaning and close contacts are being directed to self-isolate.

Late on Monday, NSW Health put out an alert for another Potts Point restaurant and two pubs in southwest Sydney, after two separate cases were linked to the venues.

Anyone who attended The Apollo restaurant at Potts Point from Thursday 23 to Saturday 25 July is being contacted and asked to quarantine for 14 days after their visit, and get tested.

NSW Health is also contacting staff and visitors to Mounties in Mount Prichard on July 24 and 25, and Prichard’s Hotel in the same suburb on July 23, directing them to isolate for 14 days and get tested.

NSW Premier Gladys Berejiklian told reporters the coming weeks were critical for managing the spread of the virus and urged the public to remain vigilant.

“NSW given the circumstances is holding the line and doing ok but we are still on high alert,” she said on Monday.

The premier said there had been an improvement in business safety practices since new virus measures were introduced on Friday but said police and compliance officers would continue to monitor the situation.

She also stressed the importance of maintaining physical distancing in public spaces.

“It is so important for all of us not to let down our guard because when you let down your guard the virus can take hold and spread.”

Five people are in intensive care, with 90 percent of cases in out-of-hospital care.

NSW Police have issued three $1000 infringement notices to residents who failed to self-isolate when returning from Victoria.

“Conducting a protest at this time is highly irresponsible, we’re in a pandemic, this is not usual circumstances.”

The Sydney protest was blocked by the NSW Supreme Court on Sunday due to concerns about COVID-19 community transmission.

By Ashlea Witoslawski in Sydney