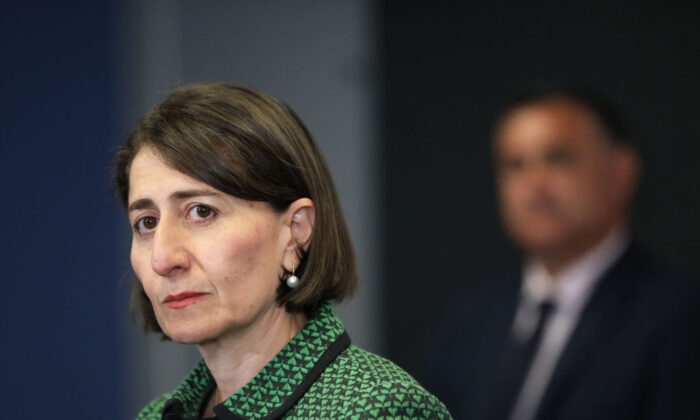 The New South Wales government have identified another ten COVID-19 cases linked to the cluster in Sydney’s North Beaches area bringing the total to 28 in the last 48 hours.

Residents in the Avalon region have been advised to avoid “non-essential” activities for the next three days and follow basic health guidelines as the state government attempts to curb the spread of the new cluster without the use of further restrictions.

NSW Premier Gladys Berejiklian, on Friday, notified Sydneysiders to be on “high alert” and urged people to get tested if they have mild symptoms.

She warned if infection numbers grow restrictions may be reimposed.

NSW Chief Health Officer Dr. Kerry Chant confirmed to reporters on Friday that a COVID-19 seeding event had occurred at Avalon RSL on Dec. 11, followed by a similar event at Avalon Bowling Club on Dec. 13.

Of the 28 CCP virus cases, eight people in the cluster were in attendance at Avalon RSL, 16 were at Avalon Bowling Club, and two were at both. The final two cases were also connected to those venues.

Berejiklian said that the assumption should not be made that there was a superspreader at those events and noted the authorities are still attempting to unravel how the traveller transmitted the virus to someone in the community.

Health authorities have used genomic sequencing to trace the outbreak to a COVID-19 strain “most likely” from the United States, which may have entered the country through the quarantine system in early December.

NSW recorded 15 new local cases of COVID-19 in the 24 hours to 8 p.m. on Thursday, while another case connected to the northern beaches was uncovered in a person who had since travelled to Queensland.

Another ten people were confirmed virus-positive after 8 p.m. on Thursday, all of whom connected to the northern beaches.

State and Territory leaders have reacted to the north beaches with imposing border restrictions to people travelling from that region.

In response, Premier Berejeklian said, “I’d ask everybody to have a proportionate response to what is going on in New South Wales.”

Berejeklian added that it’s understandable that other regions made provisions for people coming from the Avalon hotspot region.

“But I ask people to consider the fact that vast parts of New South Wales are completely unaffected and we want to reduce the stress as much as we can on our citizens,” she said.

Queensland has declared Avalon a hotspot with anyone coming from that area required to undergo mandatory 14 days hotel quarantine, starting Dec. 9.

Victoria will impose a permit to travel from the region into its state. Tasmania has barred anyone from the northern beaches from entering its island. Meanwhile, Western Australia, South Australia, and Northern Territory have imposed self-isolation requirements.

AAP contributed to this article