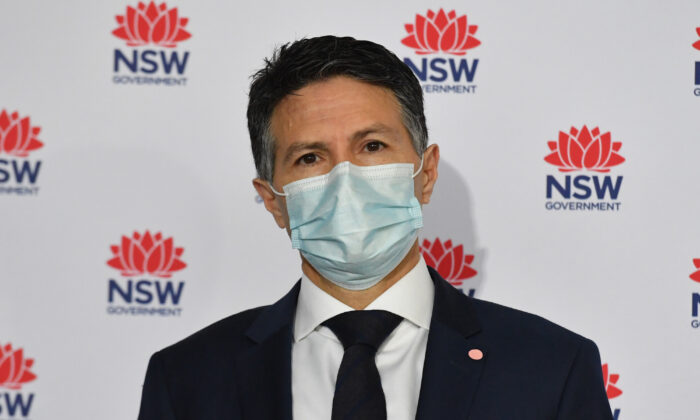 This comes as RAT registration went live on Wednesday morning via the ServiceNSW app directly to NSW Health.

In an interview with the Seven Network’s Sunrise program on Thursday, Digital Minister Victor Dominello said he expected the number to be high because although registration only started on Wednesday, people have been asked to enter positive RAT results from as far back as Jan. 1.

“As of this morning, it’s 82,000 over 12 days,” said Dominello. “This is not just people putting in their data from yesterday, it’s people having rapid antigen tests on the 2nd, 3rd, 4th of January and we’re putting all that data together.”

He said that the critical reason for the RAT result registration is to get the data to NSW Health in order to identify and give health care to those that really need it.

“Now, 99 percent, or over 99 percent of people that get COVID will have mild symptoms and can be treated at home,” he said.

“But there will be that 1 percent or less that require additional health care, and if we can get that information to Health, then we can keep people safer.”

From Jan. 19, residents failing to report a positive RAT result will be subject to a $1,000 (US$728) fine, one which Dominello admits will be hard to enforce.

“Yes, I accept it’s going to be almost impossible to police, but other states and territories have gone down this path … but the reality is, it’s primarily a signal to say we take this seriously because we really want people to register their RAT test so that, that way they can access health care faster if it’s required,” he said.

When asked if $1,000 was a large sum, Dominello replied that different states and territories had attached different amounts of weight to it, but more than anything else, the fine is a signal.

“And as we’ve seen throughout the last two years, overwhelmingly we need to rely on the public to do the right thing, as they have done,” he said.

Meanwhile, Opposition Leader Chris Minns said on Wednesday that many families couldn’t get their hands on RATs to prove whether they’re positive or not.

“I think millions of families in the state at the moment would be saying, ‘Forget about the fine, where’s the test?'” he said.

He highlighted that many of the provisions the NSW Government has put in place over the past week require residents to have access to RATs in order to prove whether they can work or not or whether they can be free of close contact provisions and regulations.

“To not have those tests available is proving to be very hazardous to the NSW health system,” he said.

“This is a fundamental failure of the NSW Government. It’s the minimum responsibility of the government of the day to be able to tell the people of NSW whether they’ve got the disease or not, and the failure to plan is having catastrophic effects on the millions of people who live in NSW.”