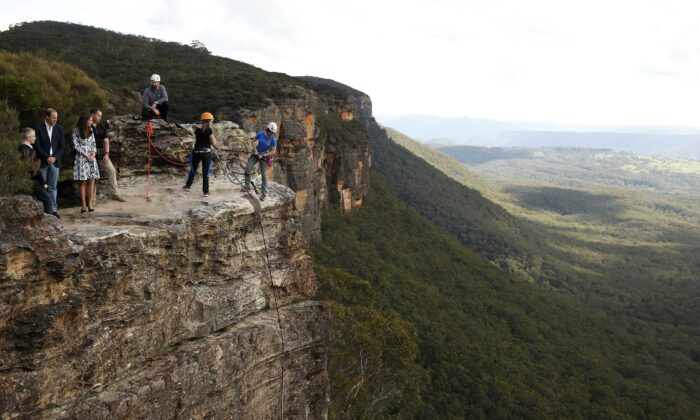 This comes after the state declared more than 30,000 hectares near Lithgow as a nature reserve.

The taxpayer-funded hub will feature Australia’s longest zipline, a rock climbing route, and an elevated canyon walk, according to the Australian Broadcasting Corporation.

“This new set of reserves will improve access to this spectacular region, attracting domestic and international tourists,” Perrottet said.

The plans include mountain biking trails, a 4WD circuit, and what is expected to be a five-day hiking trail that the NSW government described as one of the “world’s great long distance walks,” the ABC reported.

Conservation advocates are happy that the area was made protected by the state, with various campaigns over decades.

The area is home to internationally significant rock formations and more than 80 threatened plant and animal species, including the giant dragonfly.

“The landscape is dotted with thousands of pagodas, with gorges, canyons, and waterways weaving between them,” said Convenor of the Gardens of Stone Alliance Wilson Harris.

“There are valleys with lush rainforest, high-country woodlands, and critically endangered wetlands that provide crucial habitat for countless threatened species.”

“This part of the Blue Mountains has been largely unexplored by tourists—both those from Sydney and internationally—but the potential is enormous,” he said. “Many people have no idea there is scenery on the edge of Lithgow that rivals the best that Katoomba and Blackheath have to offer. Today’s announcement will hopefully change that forever.”

The state’s planned ecotourism hub will subsidise the local economy, and create about 200 jobs in the region, including with the construction of the tourism infrastructure and roads.

It is expected to bring an additional 200,000 visitors to the regions each year, according to Deputy Premier Paul Toole.