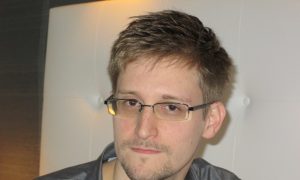 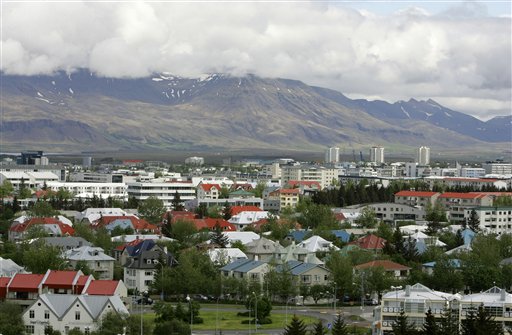 In this Saturday, May 31, 2008, file photo, a view across Reykjavík in Iceland from Oskjuhlíd Hill. (AP Photo/Kirsty Wigglesworth, File)
China

NSA Leaker, After Checking Out of Hong Kong Hotel, in Hiding

Edward Snowden could face extradition, and is considering going to Iceland to seek asylum
By Zachary Stieber
biggersmaller
Print

Edward Snowden, who came forward on June 9 as the source of information about U.S. intelligence programs, has checked out of his Hong Kong hotel and may have left the country.

“We know he was here until today,” Cosmo Beatson, a Hong Kong-based refugee activist who heads an organization called Vision First, told the LA Times. Snowden apparently checked out of his hotel around noon on June 10.

Snowden could have boarded a plane or a boat and left the country, said Beatson: “He’s very mobile.”

Snowden came forward on June 9 as the person who leaked information to the Guardian newspaper about the National Security Agency collecting information from Verizon, under what has been referred to as the NSA phone data program.

In a video posted online, Snowden said that he wanted to be identified. “I’m willing to sacrifice all of that because I can’t in good conscience allow the U.S. government to destroy privacy, Internet freedom and basic liberties for people around the world with this massive surveillance machine they’re secretly building,” Snowden said.

Snowden could face many years in prison for releasing classified information if he is successfully extradited from Hong Kong, according to Mark Zaid, a national security lawyer who represents whistleblowers.

Hong Kong, though part of China, is partly autonomous and has a Western-style legal system that is a legacy from the territory’s past as a British colony. A U.S.-Hong Kong extradition treaty has worked smoothly in the past. Hong Kong extradited three al-Qaeda suspects to the U.S. in 2003, for example.

But the treaty comes with important exceptions. Key provisions allow a request to be rejected if it is deemed to be politically motivated or that the suspect would not receive a fair trial. Beijing may also block an extradition of Chinese nationals from Hong Kong for national security reasons.

“The government could subject him to a 10 or 20 year penalty for each count,” with each document leaked considered a separate charge, Zaid said. Some Republican officials in the U.S. called for an extradition.

“If Edward Snowden did in fact leak the NSA data as he claims, the United States government must prosecute him to the fullest extent of the law and begin extradition proceedings at the earliest date,” U.S. Rep. Peter King, chairman of the House Homeland Security Subcommittee, told the Guardian.

One possible destination if he leaves Hong Kong is Iceland, which has welcomed other people in similar situations, such as Julian Assange, head of Wikileaks.

Snowden listed Iceland as a possibility in an interview on May 9.

Iceland’s Pirate Party, founded on a program of direct democracy, digital innovation and media freedom, won three of the 63 seats in Iceland’s parliament, the Althingi, in April’s national election. Its members are pushing Icelandic authorities to extend a hand to Snowden, who revealed his identity on Sunday from a hotel in Hong Kong.

“We have called in our lawyers and are ready to assist him if he comes to Iceland,” said Smari McCarthy, a Pirate Party member and founder of the Icelandic Modern Media Initiative, a group campaigning to give Iceland even stronger freedom of speech protections.

He said the group was planning to meet with the interior minister to discuss a possible asylum request for Snowden. Icelandic Interior Ministry spokesman Johannes Tomasson, however, said the government has not had contact with the 29-year-old American.

“We have not received any application, and so his idea of maybe seeking asylum here is for us just speculation,” he said.

Kristín Árnadóttir, the Icelandic ambassador in Beijing, told the South China Morning Post in an e-mail that under Icelandic law, a person can only apply for asylum if he or she is in the country.

There were no direct flights from Hong Kong, which is southeast of Mainland China, to Iceland, which is northwest of the rest of Europe, on June 10, according to two different flight websites checked in the afternoon, although it is possible flights that already took off were not shown.

On one of the sites, Sky Scanner, 35 flights–all with at least one stop–were available for June 11. The shortest total time was 19 hours and 55 minutes, which included stops in Beijing and Copenhagen.