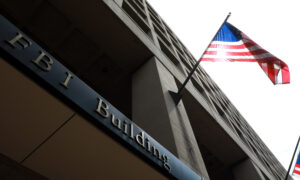 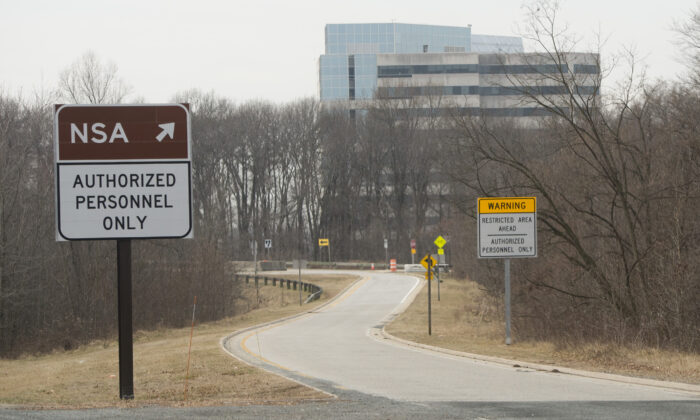 An entrance to the National Security Agency (NSA) headquarters in Fort Meade, Md., on Feb. 14, 2018. (Saul Loeb/AFP via Getty Images)
US News

The National Security Agency (NSA) has agreed to release records on the FBI’s improper spying on thousands of Americans, the secretive agency disclosed in a recent letter.

The agreement may signal a rift between the NSA and the FBI, according to attorney Ty Clevenger.

Clevenger last year filed a Freedom of Information Act (FOIA) request on behalf of The Transparency Project, a Texas nonprofit, seeking information on the FBI’s improper searches of intelligence databases for information on 16,000 Americans.

The searches violated rules governing how to use the U.S. government’s foreign intelligence information trove, U.S. District Judge James Boasberg wrote in a 2019 memorandum and order that was declassified last year. Boasberg, an Obama nominee, served seven years on the Foreign Intelligence Surveillance Court (FISC) and presided over it from January 2020 to May of this year.

The FBI insisted that the queries for all 16,000 people “were reasonably likely to return foreign-intelligence information or evidence of a crime because [redacted],” Boasberg wrote. But the judge found that position “unsupportable,” apart from searches on just seven of the people.

Still, Boasberg allowed the data collection to continue. That prompted Elizabeth Goitein, co-director of the Liberty and National Security Program at the Brennan Center for Justice, to lament that the court’s decision on the data collection program, authorized by Section 702 of the Foreign Intelligence Surveillance Act (FISA), “is even more inexplicable given that the opinion was issued shortly after the government reported submitting FISA applications riddled with errors and omissions in the Carter Page investigation.”

Page was a campaign associate of then-candidate Donald Trump who was illegally surveilled by the FBI.

After the judge’s order was made public, Clevenger filed FOIA requests for information on the improper searches with both the FBI and the NSA. The FBI rejected the request. In a February letter (pdf), an official told Clevenger that the letter he wrote “does not contain enough descriptive information to permit a search of our records.”

The NSA initially declined the request as well, but later granted an appeal of the decision, Linda Kiyosaki, an NSA official, said in a letter (pdf) this month.

“You had requested all documents, records, and other tangible evidence reflecting the improper surveillance of 16,000 individuals described in a 6 December, 2019, FISC Opinion,” Kiyosaki wrote.

Clevenger believes the NSA’s new position signals a rift between the two agencies, possibly because the FBI has repeatedly abused rules governing searches of the intelligence databases, while the NSA largely hasn’t.

“There’s been a battle between them; for example, Mike Rogers tried to shut off FBI access to the NSA database back in 2016,” Clevenger told The Epoch Times, referring to how former NSA chief Adm. Mike Rogers cut out FBI agents from using the databases in 2016.

“And so there’s been some history of the NSA trying to limit the FBI’s access because they know that the FBI is misusing the data intercepts.”

The NSA and FBI didn’t immediately respond to requests by The Epoch Times for comment.