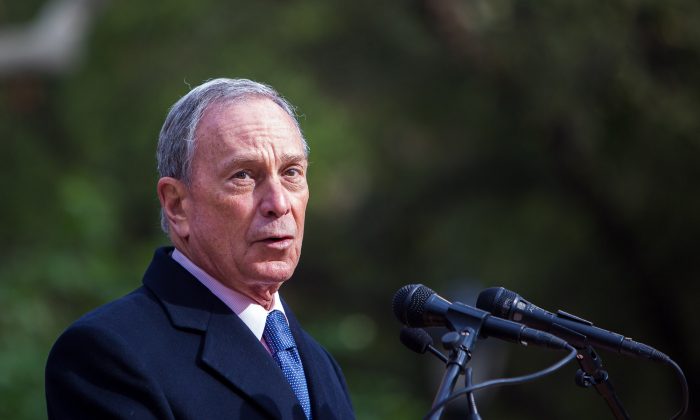 NRA Ad to Bloomberg: Keep Your Hands Off Our Guns (+Video)

A video ad released Tuesday by the NRA features Bloomberg’s comment that one of the largest Colorado counties is so “far rural” it doesn’t even have roads. “That’s what he thinks of your state too,” the ad states.

The ad further states that the billionaire tries to ban guns, snacks, and sodas.

At the end of the ad a woman looks at the camera with a pout while a female narrator says: “Hey Bloomberg, keep your politics in New York and keep your hands off our guns and our freedom.”

“Michael Bloomberg has declared war on the NRA and our five million members. We will not sit back and let him use his billions of dollars to impose his radical anti-freedom agenda on the American people,” said Chris W. Cox, Executive Director of the NRA’s Institute for Legislative Action, in a press release on Tuesday.

“Our effort will expose Bloomberg as an arrogant hypocrite who thinks he knows best how people should live their lives.”

The ad will run in $500,000 worth of time on TV networks in several states including Colorado, the Washington Post reported.

In April, Bloomberg pledged $50 million to a campaign against the NRA and in support of gun control, combining his previous initiatives under a new organization called Everytown for Gun Safety.

The organization pushes for tougher gun controls, including background checks for private firearm purchases. That practice already exists in Los Angeles, where privately owned guns can only be sold through licensed gun sellers, who are also required to keep permanent records on buyers.

“While the gun lobby attempts to distract voters with petty personal politics, Americans know that this isn’t about any one person,” stated Shannon Watts, founder of Moms Demand Action for Gun Sense in America, part of Everytown for Gun Safety, in an email response.

Watts pointed out that every day 86 Americans die due to gun violence and that last year’s Quinnipiac University poll showed 90 percent of respondents, including 92 percent of gun owners, support background checks for gun purchases. “That’s who the NRA leadership should meet,” Watts stated.

A law similar to that of Los Angeles is now spearheaded in Washington with Bloomberg’s support. But the NRA says it goes too far, banning even short-term loaning or sharing of guns, something the L.A. law permits.

“This includes allowing someone to hold your gun while under your continuous supervision—even letting a friend shoulder your unloaded new double-barrel to see how it feels,” statesa website set up by the NRA to fight the bill.