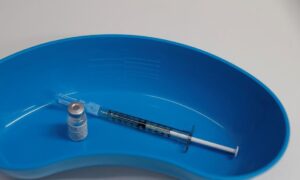 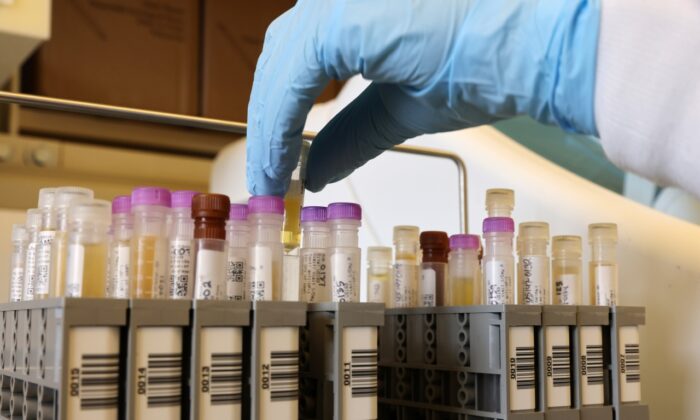 Novavax on Monday said that co-administering its protein-based COVID-19 vaccine with an approved flu shot may be a “viable immunization strategy” in the future, based on preliminary findings from a recent study.

The American biotech firm made the announcement on Monday based on data from the first co-administration study of a COVID-19 vaccine candidate and an approved influenza vaccine.

Novavax said that as part of its Phase 3 clinical trials of its recombinant nanoparticle protein-based COVID-19 vaccine candidate, all 431 U.K. volunteers received an approved seasonal influenza vaccine. Roughly half the participants were co-vaccinated with the company’s COVID-19 vaccine while the remainder received placebo.

Its the first clinical study to evaluate safety, immunogenicity, and efficacy of a COVID-19 vaccine when co-administered with a seasonal influenza vaccine.

“The study demonstrated that vaccine efficacy appeared to be preserved in those receiving both vaccines compared to those vaccinated with NVX-CoV2373 alone,” the company said in a statement. Vaccine efficacy was reported at 87.5 percent compared to 89.8 percent in the main study.

“The findings suggest simultaneous vaccination may be a viable immunization strategy,” the company added.

The announcement came hours after the Maryland-based biotech company announced that its COVID-19 vaccine was more than 90 percent effective, including against a variety of concerning variants of the CCP (Chinese Communist Party) virus in a large, late-stage U.S.-based clinical trial.

The protein-based vaccine was more than 93 percent effective against the more common and easily transmissible CCP virus variants that have caused concern among scientists and public health officials, Novavax said.

The company said it intends to file for emergency authorization in the United States and elsewhere in the third quarter of the year.

Protein-based vaccines are a conventional approach that use purified pieces of the virus to spur an immune response, as is the case with whooping cough and shingles vaccines.

Dr. Gregory Glenn, Novavax’s head of research and development, said in a statement that the results of the co-administration study “demonstrate the promising opportunity for concomitant vaccination, which may improve the uptake of both vaccines.”

“As the next influenza season approaches and people still need a primary COVID-19 vaccine series or a booster, separate healthcare visits to cover both COVID-19 and influenza vaccinations will be burdensome,” Glenn said.

Novavax said there were no early additional safety concerns that the company was aware of associated with co-administration of two vaccines despite the COVID-19 vaccine only having emergency authorization and not full FDA approval.

U.S. National Institute of Allergy and Infectious Diseases (NIAID) Director Dr. Anthony Fauci said last month that Americans vaccinated against COVID-19 will most likely need a booster shot at some point in the future to guarantee continued protection but that the timing remains unclear.

“I don’t anticipate that the durability of the vaccine protection is going to be infinite—it’s just not. So I imagine we will need, at some time, a booster. What we’re figuring out right now is what that interval is going to be,” Fauci said during a Senate Appropriations Subcommittee hearing while testifying about the state of medical research and the NIH budget for fiscal year 2022.

“We know from studies following people from the original clinical trials that the protection goes out at least six months and likely a year,” he said. “I believe we will need a booster. I’m not exactly sure when.”