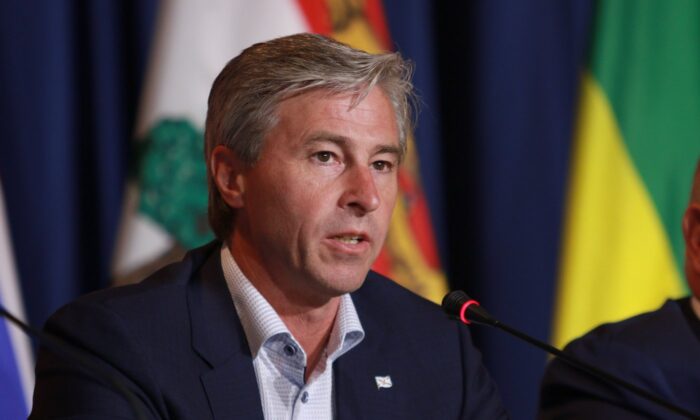 Nova Scotia Premier Tim Houston responds to a question from the media on the final day of the summer meeting of the Canada's Premiers at the Fairmont Empress in Victoria, B.C., on July 12, 2022. (The Canadian Press/Chad Hipolito)
Canada

Nova Scotia is asking the federal government for an exemption from the federal carbon tax.

The new federal carbon tax will increase the price of carbon by $15 per tonne, and then rise again every year until it reaches $170 per tonne in 2030.