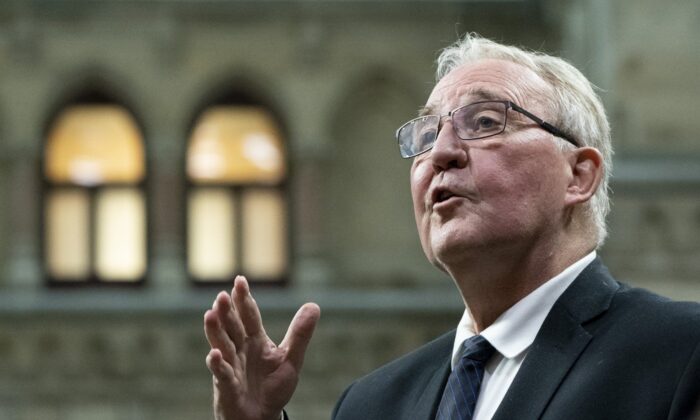 The House committee on public safety held an emergency meeting on June 23 to plan hearings from parties involved in allegations of political interference in the Nova Scotia mass shooting probe.

RCMP Commissioner Brenda Lucki and other police officers will be invited to testify, along with Minister of Emergency Preparedness Bill Blair, who held the public safety portfolio at the time of the tragic event.

The controversy was sparked earlier this week when the Mass Casualty Commission (MCC) released a document containing notes from RCMP Superintendent Darren Campbell.

Campbell’s notes say that Lucki pressured the Nova Scotia RCMP to reveal the type of firearms used in the shootings and that Lucki “promised” Blair and the Prime Minister’s Office (PMO) that she would release that information. Lucki allegedly said this request was tied to the government’s gun control agenda.

In reaction to this revelation, Lucki, Prime Minister Justin Trudeau, and Blair have all insisted there wasn’t any interference in the probe.

“We did not put any undue influence or pressure,” Trudeau said on June 23 while in Rwanda attending a Commonwealth meeting.

Conservatives have complained that Liberal members of the public safety committee have blocked their attempt to have PMO staff who were directly involved in the issue testify.

“We cannot get to the truth until Canadians hear directly from those in the Prime Minister’s office with knowledge or involvement in pressuring the RCMP commissioner to advance the Liberal’s political agenda,” says a June 23 statement from Tory MPs Raquel Dancho, Dane Lloyd, and Pierre Paul-Hus.

MPs from the Bloc Québécois and the NDP on the committee abstained from supporting the Conservative motion.

Setting a date for the hearings has also been a point of contention between committee members.

Dancho and Liberal MP Pam Damoff have sparred on Twitter over who is responsible for preventing the hearings from being scheduled in a shorter time frame.

“Liberals deferred the meeting for a MONTH. We could have met next week or the week following,” Dancho said in a June 23 tweet.

“For clarity, it was a Conservative amendment to hold the meeting later, which was supported by Liberals, BQ and NDP,” replied Damoff.

“For clarity, we asked for meetings by June 30, denied by you in your amendment. Then, had my Conservative colleague not acted, the meetings could have been pushed to August,” responded Dancho.

“And why did you stop PMO testimony? We will push for accountability while Liberals run from it.”