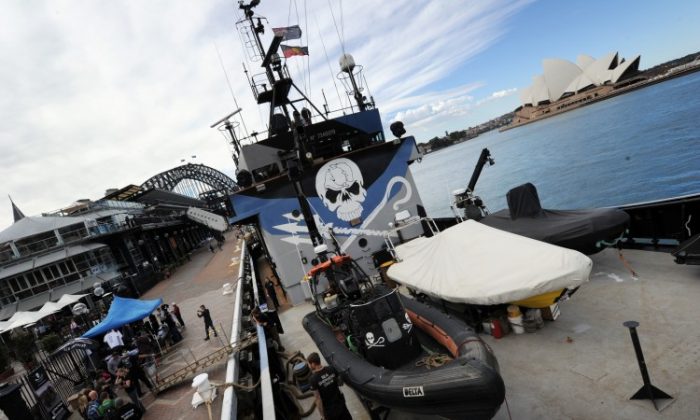 Australia criticized Japan for sending its whaling fleet to the Southern Ocean to hunt whales, dismissing Tokyo’s longstanding claims that its vessels are hunting them for scientific purposes.

Environment Minister Tony Burke maintained that Australia “will keep working to achieve a permanent end to all commercial whaling,” according to a statement from his office.

“The Australian Government condemns all commercial whaling, including Japan’s so-called ‘scientific’ whaling. It is particularly offensive that Japan’s whaling will take place in the Southern Ocean Whale Sanctuary established by the International Whaling Commission,” Burke said.

In the past several years years, Australia and New Zealand have been the most vocal governments opposing Japan’s whaling program.

On Friday, Japan sent a whaling ship and two other vessels to the Southern Ocean, reported Kyodo news agency. The fleet will hunt whales along with the main ship, the Nisshin Maru, to catch as many as 1,000 whales until March, including 935 Antarctic minke whales and up to 50 fin whales.

“There is nothing scientific about going out and chasing whales, aiming a harpoon at them, so that you can pull them in and chop them up for food,” Burke told the Sydney Morning Herald on Saturday.

Opposition environment spokesman Greg Hunt called on Australian Prime Minister Julia Gillard to send a vessel to the Southern Ocean to prevent clashes between Japanese whaling ships and militant conservation group Sea Shepherd, which for years has been trying to prevent the whale hunt. Sea Shepherd said it would again send ships to disrupt the annual whaling hunt.

“There is a real risk of conflict or collision causing injury, death or a major environmental spill in the event of a sinking,” Hunt said, according to the Herald.

The Australian government has filed a complaint with the International Court of Justice, but he said that the case will not be heard until the latter half of 2013.

Sea Shepherd announced recently that it has acquired another vessel—formerly part of the Japanese whaling fleet—to join it’s anti-whaling brigade.

“After months of secrecy, it is such a great feeling to finally be able to fly the Sea Shepherd flag from the main mast, and yes, Sea Shepherd now owns a real Japanese research ship!” Locky Maclean, the captain of the new ship dubbed the Sam Simon, said in a statement earlier this month.

Funds for the ship were donated by “The Simpsons” TV show co-creator, Sam Simon.

Japan has not officially confirmed when it will send its whaling fleet to the Souther Ocean.

“Last year there was no stage when the Japanese government actually confirmed its whaling fleet was heading south,” Burke said, according to the Herald.