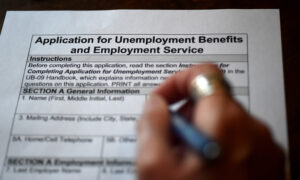 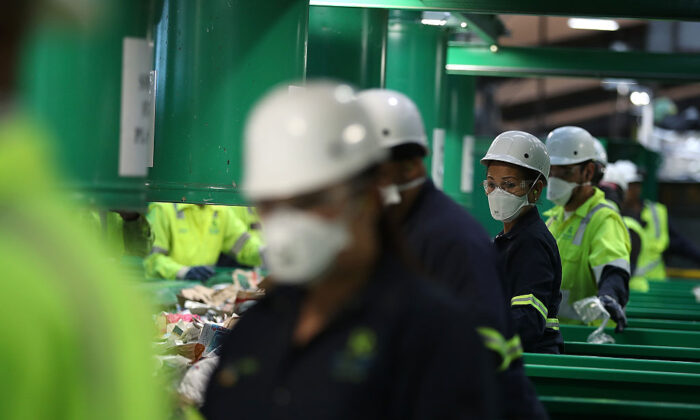 Workers sort through recyclables at a Recology facility in San Francisco, in this file photo. (Justin Sullivan/Getty Images)
Analysis

Not Seasonally Adjusted Humans Getting Back to Work

This data comes to us from the Department of Labor and is not seasonally adjusted.

Normally, it makes sense to “seasonally adjust” job market data because large portions of the labor market are seasonal. There are school teachers, who start in the fall and finish in the late spring, retail workers during Christmas shopping season, and construction workers, who can’t work during the cold winter months.

There are many such reasonable adjustments.

However, we believe it makes more sense this year not to adjust for seasonality in the labor market.

By far the most important factor affecting the dramatic increase in continuing unemployment claims and the subsequent, almost-as-dramatic, decrease are public health concerns surrounding COVID-19 and the related shelter-in-place orders.

Using unadjusted data, we can see that more than 1 million Americans are no longer continuing to receive benefits from state unemployment insurance than in the previous week.

This is important for two reasons: State unemployment rates are the highest in places that were most recently affected by sharp spikes in COVID-19 cases (New York Tri-State area, Illinois, California), or that have economies heavily tied to tourism (Hawaii, Nevada).

Of course, we all want people to get back to work as soon as possible. It’s good for psychological wellness as well as providing all the other benefits that accrue from the dignity of work.

Data will be skewed by some states not offering benefits after six months; but, we also see that the declining numbers of actual humans—not seasonally adjusted data—receiving state-sponsored unemployment insurance benefits may be a sign that the U.S. economy is on track to recover fairly quickly, once the public health concerns are abated.