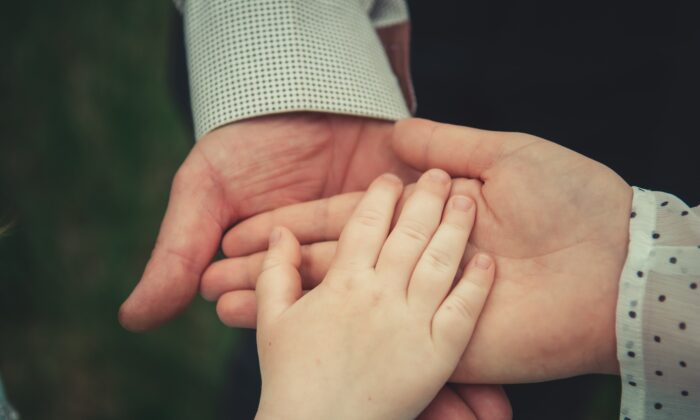 Dr. Peter H. Schuck, professor emeritus at Yale University, wrote in his book, “One Nation Undecided: Clear Thinking about Five Hard Issues That Divide Us,” that “the family is the essential core of any society, and the steady decline of two-parent households is probably the single most consequential social trend of the half-century.”

I reflected upon those words as I read about the recent U.S. Census Bureau figures on the further decline of the American family.

According to the 2021 Current Population Survey’s Annual Social and Economic Supplement, the percentage of adults living with a spouse decreased to 50 percent from 52 percent over the past decade, while the number of adults living alone increased to 37 million, up from 33 million in 2011—28 percent of all U.S. households.

These numbers have all sorts of alarming consequences for not just individuals, but society as a whole.

First, it’s families that provide the vital social connections—a husband with his wife, parents with their children, parents with other parents, and children with other children—that we all need to thrive. These relationships build upon each other, with the family serving as the foundation.

When people live alone, they often lack those connections, leading to loneliness, which can be deadly. In his book, “Loneliness,” University of Chicago professor John Cacioppo wrote that the negative health risks of living alone are far worse than air pollution or obesity.

But the problems for society go beyond “all the lonely people” as the Beatles once sung about in their song “Eleanor Rigby.” Robert Rector of the Heritage Foundation has written that this affects our nation’s social capital, because children in single-parent households are more likely to engage in substance abuse than those in stable, two-parent homes.

These children eventually grow into adults and bring their drug dependency with them, creating another generation of children trapped in a cycle of family dysfunction and drug abuse. It’s a triple whammy resulting in a continuing downward spiral of despair and loss of social capital with each succeeding generation. It also creates a two-caste society—those who are healthy and are nurtured in a two-parent home versus those who lack an essential parent right from the very start.

With more people delaying or foregoing marriage, as well as choosing to have children without being married, it becomes clear what the long-term ramifications are for children and for society.

But there’s hope, and it’s not too late to reverse the damage that has been wrought. That hope comes through faith and commitment, not government solutions.

As James Q. Wilson wrote: “The right and best way for a culture to restore itself is for it to be rebuilt, not from the top down by government policies, but by the bottom up by personal decisions. On the side of that effort, we can find churches—or at least many of them—and the common experience of adults that the essence of marriage is not sex, or money, or even children: it is commitment.”

If we’re to reverse the tragic decline in marriages and families, as well as the growing number of adults choosing to “opt out” and go their own way, we must restore the essence of marriage. That essence, as Wilson wrote, is the commitment of two people to form a lifelong bond that will bring personal and corporate stability. And faith, as studies done by organizations such as the Pew Research Forum have shown, plays a major role in developing and sustaining that bond.

The fruit of such commitment will be personal restoration for those who are lonely, for children who will know the love of two parents, and for a society that will no longer have to place government-subsidized band-aids to fix a problem that can only be repaired by faith and personal dedication. Most of all, it restores hope for all people to live a life built on a solid foundation of faith and family and enjoy the life-changing results.