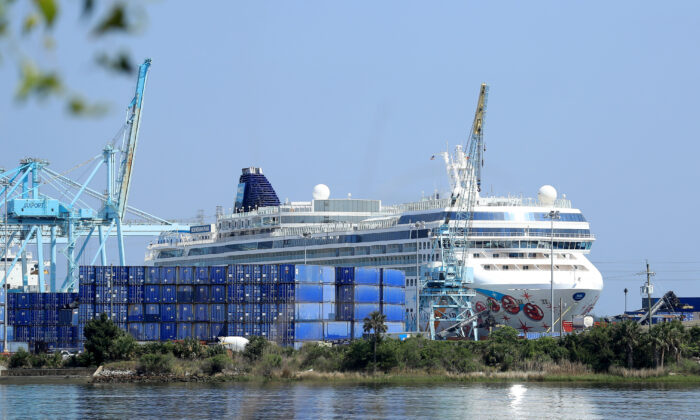 District Judge Kathleen Williams issued a preliminary ruling saying that the cruise ship line would likely prevail on its argument that the “vaccine passport” ban, signed into law by the Republican governor, jeopardizes public health and is an unconstitutional infringement on Norwegian Cruise Line’s rights.

DeSantis signed a measure in May barring private businesses from implementing vaccine passport-type systems in the state.

Williams blocked the governor from enforcing the law against the cruise ship operator, allowing it to move forward with a plan to resume port activity in Miami on Aug. 15. Violations of the law could have triggered a penalty of $5,000 per passenger, potentially adding up to millions of dollars per cruise.

“We are pleased that Judge Williams saw the facts, the law, and the science as we did and granted the company’s motion for preliminary injunction allowing us to operate cruises from Florida with 100 percent vaccinated guests and crew,” the company’s Executive Vice President Daniel S. Farkas said in a statement.

The company’s Norwegian CEO Frank Del Rio said in a statement on Sunday that the measures are to ensure the health and safety of all on board.

“The health and safety of our guests, crew, and the communities we visit is our number one priority, today, tomorrow, and forever,” he said. “It’s not a slogan or a tagline, we fiercely mean it and our commitment to these principles is demonstrated by the lengths our company has gone through to provide the safest possible cruise experience from Florida.”

Under current plans, all passengers and crew will have to be fully vaccinated and must take COVID-19 tests before they board a ship.

No state has mandated a vaccine passport-like system so far, however New York City became the first to require proof of COVID-19 vaccination when entering businesses like restaurants, bars, gyms, and theaters.

Republicans and the American Civil Liberties Union (ACLU) have raised concerns that such systems could be a violation of individuals’ right to privacy, and could create a segregated society.

DeSantis’s office didn’t immediately respond to a request for comment by The Epoch Times.