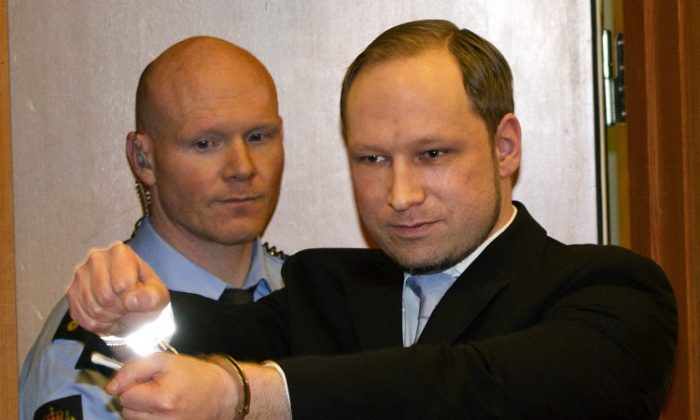 The Norwegian justice system is getting ready for the trial of terrorist and mass murderer Anders Behring Breivik, set to begin April 16. But in a country where the maximum penalty for murder is 21 years in prison, the nation is struggling over the issue of how to deal with crimes of such monstrous proportions.

Inside Parliament, Norwegian legislators are debating a highly controversial new law to make it possible to incarcerate Breivik indefinitely—in psychiatric care. Outside Parliament, at least one victim’s family says if Norway can’t handle it appropriately, the case should be tried internationally.

On July 22, 2011, Anders Behring Breivik, 33, detonated a bomb in the heart of the Norwegian capital Oslo, killing eight people. He then traveled, armed and disguised as a police officer, to the island of Utoya, where the youth league of the ruling Norwegian Social Democratic Party was holding its traditional summer camp. There, Breivik proceeded to systematically gun down everyone he came across, killing 69 people, mostly campers.

His crime, which was politically motivated—he allegedly published a 1,500-page online manifesto railing against what the called the Islamization of Europe—is utterly unprecedented in times of peace, not only in Norway, but in all of post-World War II Scandinavia.

While Norwegian Prime Minister Jens Stoltenberg vowed after the killings that Norway would meet the violence and terror with an even more open and democratic society, the problem of how to deal with a crime of such magnitude under current law becomes the focus of debate.

Norway has no death penalty or life imprisonment, and the maximum penalty is 21 years, which would land Breivik out on the streets of Norway at the age of 54. If he, on the other hand, is declared insane, he could also, in theory, be released into society as soon as he is deemed rehabilitated.

Now, however, a new law is being suggested under which Breivik, should he be found insane, and could be held indefinitely—purportedly as a means of protecting him against retaliation—or for as long as the police perceive there would be a threat against his life. The law has set off a heated debate in Norway.

“There are several controversial aspects of this law,” Norwegian reporter Ronnie Baraldsnes told Swedish Radio (SR) on Tuesday. “Mainly, the evaluation of whether Behring Breivik should remain [in] custody would be transferred from medical professionals to the police.”

This law, which would apply to dangerous inmates in psychiatric wards, has in fact been making the rounds in the Norwegian legislative system for several years, Baraldsnes said. But after Breivik’s terrorist acts last year, legislators have seized on it as a good solution for dealing with him, and are trying to push it through Parliament very quickly.

“Everybody interprets this law as relating directly to Breivik,” Baraldsnes said, but that’s not the case. Nonetheless, this has become another controversial aspect—that a law is tailor made for a specific individual.

The idea of keeping someone incarcerated for protective purposes has also been criticized, since all citizens should have equal protection under the law, by the police, regardless of what they have done.

“At the same time, politicians are caught in a difficult situation. That Behring Breivik would ever be released into society again is unthinkable,” Baraldsnes told SR. “It would be extremely harmful to many people’s sense of justice. That’s why the government wants to make sure that they can keep him locked up for the rest of his life.”

Meanwhile, others feel that spending the rest of his life in a Norwegian psychiatric ward would be too good for what is most likely the worst criminal in Norwegian peacetime history.

Norwegian television (NRK) interviewed the parents of Tamta Liparteliani, 23, who was one of Behring Breivik’s victims on Utoya. Her parents, who still live in their native country of Georgia, where Liparteliani’s death made big news, feel that Breivik is getting off too easily, and they have a hard time understanding the Norwegian criminal justice system.

They have seen images on TV of Breivik’s current living conditions in Norway and feel that if he is remanded to a psychiatric ward in Norway, he will be living a life of luxury.

“Maybe I don’t know enough about Norwegian law, but I wish that he would be treated like terrorists are treated in other countries. If Norway can’t do this, maybe the international court in The Hague can take this case on,” Liparteliani’s mother, Leila Asatiani, told NRK.