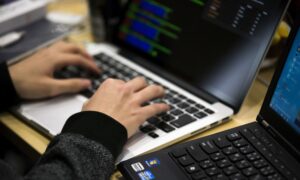 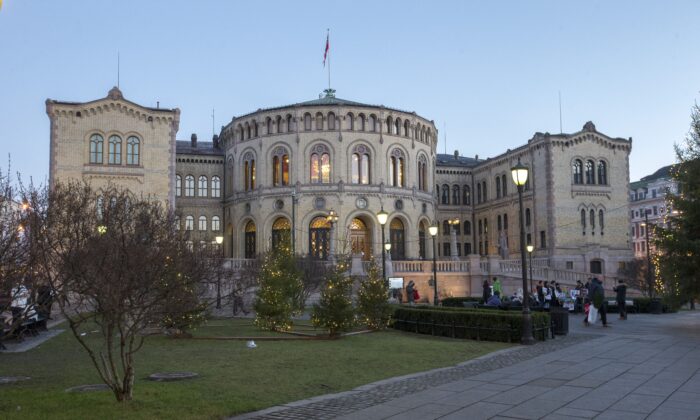 Norway Says Russia Was Behind Hacker Attack on Parliament

COPENHAGEN, Denmark—Norway’s foreign minister said Russia is behind a break-in into the Norwegian Parliament’s email system in August, calling the intrusion “a serious incident that affects our most important democratic institution.”

“It is our assessment that Russia is behind this activity,” Foreign Minister Ine Eriksen Soereide said.

Prime Minister Erna Solberg told the Norwegian news agency NTB on Wednesday that it was “important for the government to give a clear message to the Russians that we do not accept this.”

“This is why we clearly say that they are behind this burglary,” Solberg told NTB. “It must be reprimanded.”

In a Facebook post, the Russian Embassy in Oslo retorted that “no evidence had been presented” and that “such allegations are unacceptable.”

“We consider what happened as a serious deliberate provocation, destructive of bilateral relations,” the embassy said.

The 169-member Storting parliament was targeted on Aug. 24 by what it described as “a concerted cyberattack” and “a small number of MPs and members of staff had their email accounts hacked,” according to Marianne Andreassen, the assembly’s administrative head. She said various amounts of data had been downloaded.

The cyberattack, which was immediately stopped, was reported to the police. The country’s security service PST was investigating it.

The parliament later said private information such as social security numbers, bank information, and other personal information plus contact data and preparatory political work “may have been lost.”

The two countries that share a nearly 200-kilometer (124-mile) land border, and have been at odds in recent months.

This summer, both Moscow and Oslo expelled one diplomat each after a Norwegian citizen was jailed in Norway on accusations of industrial spying for Russia. The suspected spy was arrested in an Oslo restaurant on Aug. 15. The suspect denies wrongdoing.

A retired Norwegian border inspector was sentenced in Russia in 2019 to 14 years in prison for espionage. He was arrested in Moscow in December 2017 and accused of collecting information about Russian nuclear submarines for Norwegian intelligence.

In November 2019, inspector Frode Berg was part of a three-way spy swap when he and two Lithuanians were freed in exchange for two Russians who had been in prison in Lithuania. While Berg was handed over to Norway’s embassy in Vilnius after he crossed into Lithuania, the spy swap took place at a border checkpoint with the Russian exclave of Kaliningrad.