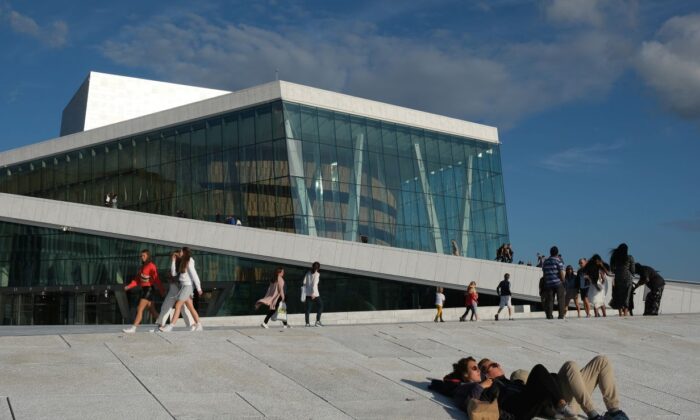 People relax outside the Oslo Opera House during the novel coronavirus pandemic in Oslo, Norway, on July 27, 2020. (Sean Gallup/Getty Images)
By Jack Phillips